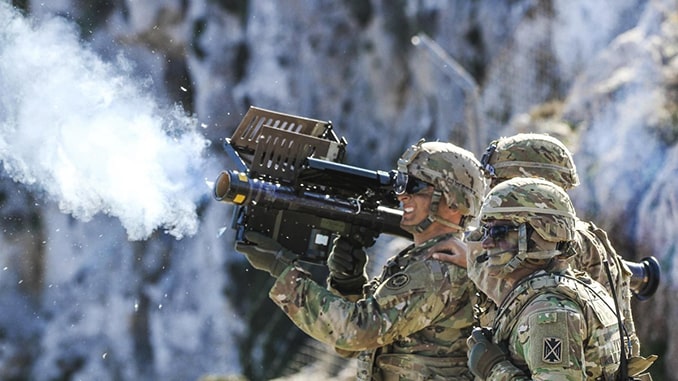 The U.S. Army has plans to update the Stinger man-portable air defense system to increase its capability counter-UAS capability.

The legacy Stinger missile contains a hit-to-kill fuze which is effective against enemy fixed and rotary wing aircraft. The emergence of low observable Unmanned Aerial Systems (UAS), increasingly being deployed by adversarial nations and terrorist groups, is a threat to the warfighter and a challenge for the legacy Stinger missile due to the very small UAS size and low heat signature. This can often result in a close miss against a UAS target.

The notice on the U.S. government’s main contracting website said that the U.S Army Contracting Command is sourcing industry feedback to identify potential sources having an interest and industry technologies available to manufacture, and delivery of the new Stinger warhead and M934E6, M934E7 fuze.

According to the notice, the baseline Stinger M934E6 Fuze is a complex electromechanical assembly integrating hybrid microelectronics, advanced inertial and centrifugal components and electro-explosive devices into a single fuze package.

The Stinger Fuze must interface with the Warhead Body Assembly which forms one of the main structural supports to the missile airframe and consists of a machined Titanium body configured with a Hard Target Sensor (HTS), Radio- Frequency Interference (RFI) Filter and an electrical cable assembly that interfaces between the fuze/warhead and missile sections.

The direct replacement of shelf-life expired legacy configuration fuzes and warhead body assemblies with new Proximity configuration fuzes and warhead body assemblies (with antenna) will enhance the missile capability to engage UAS with a Proximity Detonation mode while maintaining the legacy fuzing detonation functions. The Stinger Proximity Fuze and Warhead Body Assembly with Antenna will provide a near miss capability against UAS targets while maintaining all legacy fuze functions against standard Stinger targets. The procurement of the legacy configuration Stinger M934E6 Fuze and Warhead Body Assembly will be in direct support of active and potential Foreign Military Sales (FMS) case requirements.

No Replies to "U.S. Army Will Enhance Stinger Missile Capability To Engage UAS"