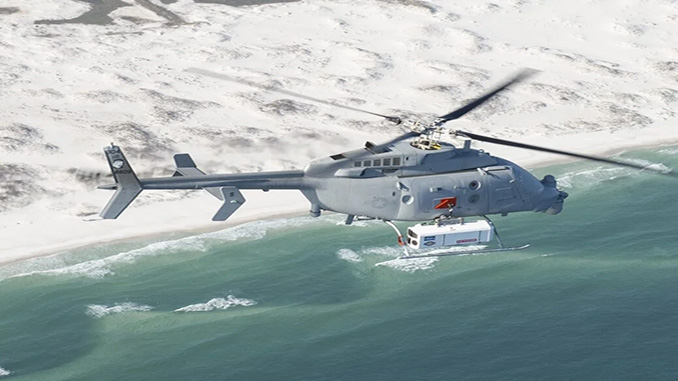 The new technology is developed by BAE Systems as part of a Future Naval Capability (FNC) program.

It was conducted at Eglin Air Force Base (AFB) in Florida in May this year.

This demonstration aimed to provide a new capability to the warfighters to rapidly detect and respond against various threats.

The test also helped in gathering the performance data of the MQ-8C UAS and the single-system multi-mission airborne mine detection (SMAMD) system to support future MCM integration efforts.

The operations were conducted from the US Naval Surface Warfare Center (NSWC).

During the operations, the team used drifting, tethered and moored mines throughout the beach zone and in the deep waters, to collect data day and night, in different weather conditions and across all water depths.

The test validated the high performance of MQ-8C Fire Scout, as it easily handled the dual podded system. It was the first and the heaviest MCM capability carried by an MQ-8C UAS.

Developed by BAE Systems, the SMAMD technology is part of a Future Naval Capability (FNC) programme, sponsored by the Office of Naval Research (ONR).

The SMAMD system is an airborne optical sensor suite, capable of detecting and localizing mines and obstacles on land and at sea, in a single pass.

This technology provides low false-alarm rate and real-time detection, which is shared via data link.