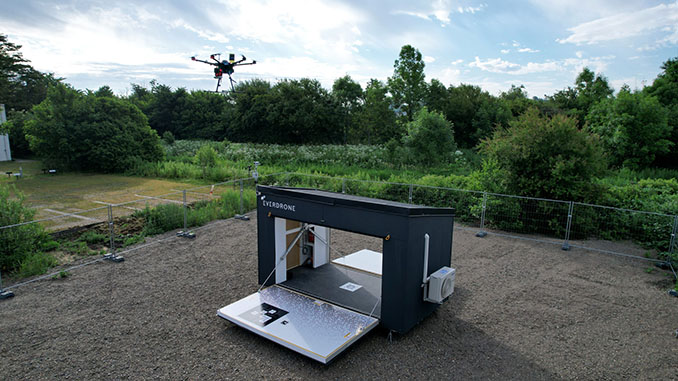 Aalborg, Denmark, next in line for Everdrone’s lifesaving drone system

After establishing lifesaving drone services in several areas in Sweden, Everdrone now moves to supply its part of the lifesaving chain in Denmark. After securing the necessary permits, a hangar is now in place and the operation is now underway in the city of Aalborg.

“We’re proud and happy to have Everdrone’s first project outside of Sweden fully operational”, says Daniel Blecher, Head of Customer Operations at Everdrone AB. “This marks the 7:th active system to date and will allow us to reach a total of 340,000 people in both Sweden and Denmark.”

Together with the Copenhagen Emergency Medical Services, Everdrone started working on feasible locations some two years ago. Once Aalborg was decided upon as a location, the project has been developed and fine-tuned together with Region Nordjylland in order to cover the 110,000 inhabitants of the region.

“The last couple of years, the survival rate for cardiac arrest patients has increased in Denmark. But still, we see a huge potential to be even better which is why we see it as important to try out new technology, to get facts on how drone deliveries can play its part”, says Fredrik Folke, researcher, and professor at Region Hovedstadens Akutberedskab.

Fredrik Folke has overseen the project, together with Louise Kollander, anaesthesiologist, and researcher at Region Hovedstadens Akutberedskab. For her, Aalborg might be a first step towards scaling up.

“The Aalborg project will let us know whether the use of drones is a way forward on a bigger scale in Denmark. ‘Is it an optimal technical solution?’, ‘How many minutes before the ambulance can we deliver a defibrillator?’ These are a few of the questions we’re looking to answer on a smaller scale, before deciding on whether we can scale up”, says Louise Kollander.

For Everdrone, the establishment of the Aalborg hangar and the process to get the drone system up and running, has been a very useful lesson for the work ahead.

“It’s taken a bit longer than anticipated to get it up and running, but overcoming the challenges of operating in a high-traffic airspace as well as establishing cooperation with the first emergency services and National Aviation Authorities outside of Sweden, has taught us much”, says Daniel Blecher, Head of Customer Operations at Everdrone AB. “We’ve amassed tons of useful knowledge that will be extremely helpful when establishing new partnerships abroad.”

The system was exclusively showcased during a press event on 22 June and covered by Danish national media.

No Replies to "Aalborg, Denmark, next in line for Everdrone’s lifesaving drone system"