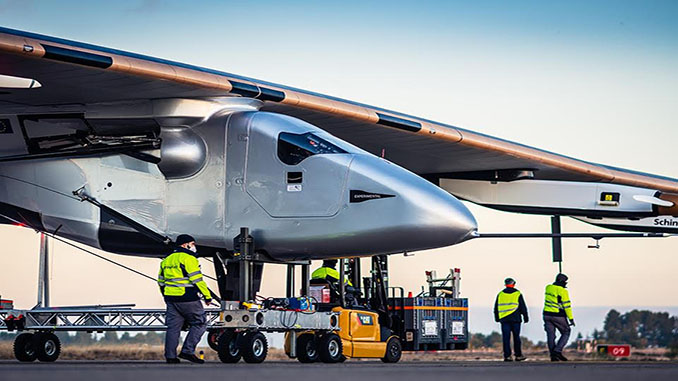 Leonardo has signed a Letter of Intent (LOI) with Luxembourg’s Ministry of Defence (MoD) and Skydweller Aero to explore new opportunities for collaboration on the Skydweller UAS.

This new agreement will initially see Luxembourg’s Directorate of Defence co-ordinate the transportation of the Skydweller aircraft from Albacete in Spain to the Caribbean for long-endurance flight testing and demonstration activities. This is in support of Skydweller Aero’s contract with U.S. Department of Defense (DoD) to demonstrate zero-emission, long-endurance flight for military applications.

Skydweller is the world’s first solar-powered, fully electric UAS capable of carrying high payloads over long-distances with ultra-persistent endurance. The aircraft is currently undergoing development by Skydweller Aero, a US/European start-up. Leonardo is a strategic investor in Skydweller and the company’s primary industrial partner. Leonardo serves as the prime contractor for Luxembourg’s Directorate of Defence on Skydweller.

“Leonardo has a long heritage of building and equipping manned and unmanned ISR platforms and intends to bring a new class of persistent and sustainable capabilities to such a critical domain,” Laurent Sissmann, Leonardo Senior Vice President Unmanned Systems commented.

“As a strategic and industrial partner of Skydweller, we are delighted to count on the support of the Luxembourg Directorate of Defence and its experience in the ISR field for the research and development, and flight-test campaign of a revolutionary project such as Skydweller. We can truly say that the Luxembourg MOD and Leonardo share the vision that Skydweller is a unique endeavour that unites and reinforces both sustainability and ISR capabilities.”

“The Skydweller platform is an innovative project in the ISR field where the Luxembourg Directorate of Defence has been operating for decades in the Land, Air and Space domains. This project is perfectly in line with our ambition to decarbonise the military, to reduce emissions and fossil fuel dependency and thus to reduce the environmental impact of the sector,” stated Luxembourg Defence Minister François Bausch. “Furthermore, fostering the development of green dual-use projects like Skydweller will also have a long-term beneficial impact on civil aviation, another of my responsibilities and political priorities.”

No Replies to "Leonardo, Skydweller Aero and Luxembourg’s Directorate of Defence announce collaboration"