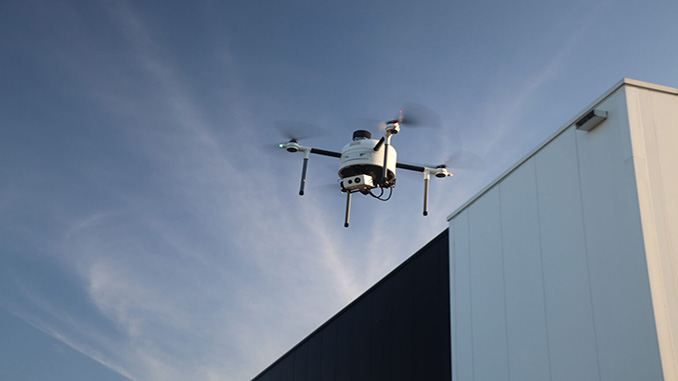 Nordic Unmanned has entered into an agreement giving the company control of 55 per cent of the shares in DroneMatrix, a leading drone technology company in Belgium. The investment will strengthen Nordic Unmanned’s position in Europe, complement existing solutions in every market vertical, and accelerates the growth and development of DroneMatrix.

DroneMatrix is a leading European drone technology company implementing Drone-In-A-Box solutions, including autonomous drones, intelligent docking stations and proprietary AI-based software allowing autonomous drones to detect and follow objects. Drone-In-A-Box is emerging as a growth segment within the drone industry. It represents the next phase of industry development as it allows for centralized, remote operations of drones, enabling rapid upscaling of lightweight drone operations.

DroneMatrix was recently awarded a breakthrough contract by the Port of Antwerp-Bruges. The three-year service contract, commencing in the third quarter of 2022, includes six Drone-In-A-Box units distributed across the port. The drones will be used for autonomous monitoring of the port. In addition, the drone solution will be used on-demand to inspect for oil leaks, assist in emergency situations, rail inspections and parameter control. This contract represents the largest of its kind awarded so far in Europe and opens for multi-client sharing of the service and data collected.

Capital for scale-up and further development of the company

Nordic Unmanned will, through share purchase and an equity issue, obtain control of 55 per cent of the shares of DroneMatrix. The share purchase of EUR 0.975 million will be settled on closing, expected at end of Q2. The EUR 1.5 million equity contribution will be fully paid before the end of 2022. The contributed equity will ensure capital for the scale-up and further development of the company.

Founder Frank Vanwelkenhuyzen, CEO Lander Vanwelkenhuyzen and the current management team will continue to oversee the operations and the future development of the company.