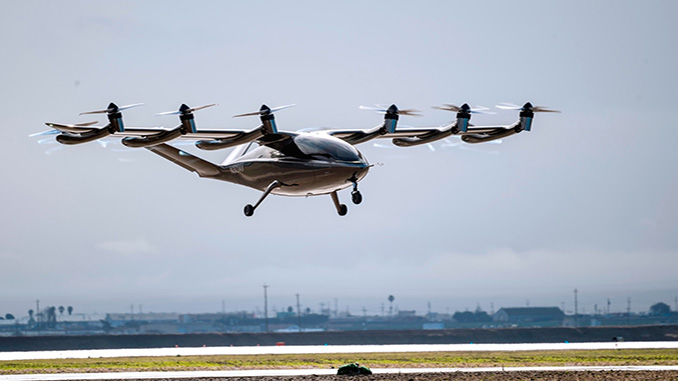 The Vertical Flight Society (VFS), the world’s leading non-profit organization working to advance vertical flight, reports today that it has continued to experience record growth this quarter, propelled largely by the continued expansion of electric aircraft developments around the world.

As of April 1, 2022, a total of 173 companies and other organizations are now members of VFS, a net growth of 23 organizations (15%) from a year ago and a doubling over the past five years. Much of this growth is due to the extensive support efforts and resources that VFS provides to the vertical flight and electric flight community, including technical resources, talent acquisition, educational opportunities and networking.

In addition, VFS is pleased to announce that Joby Aviation, which was the first electric vertical takeoff and landing (eVTOL) aircraft company to join VFS in April 2016, has increased its membership level from Small Business Member to a Gold Member, the same level as GE Aviation. The Gold Membership Class is second only to that of the five major helicopter manufacturers — Airbus, Bell, Boeing, Leonardo and Sikorsky — which are Platinum Members.

Partly due to Joby’s early leadership and support, VFS was able to expand its mission over the past several years — from conventional helicopters and advanced rotorcraft to electric flight aircraft. This has continued, with VFS recently expanding its support to all electric airplanes that use Part 23/CS-23 certification standards, i.e., fixed-wing electric-powered conventional takeoff and landing (eCTOL) and short takeoff and landing (eSTOL) aircraft.

“All segments of the advanced air mobility (AAM) industry are now introducing technologies pioneered by eVTOL aircraft developers and ecosystem partners and there is a tremendous benefit to having all sectors of the sustainable aviation industry continuing to work closely together,” said Mike Hirschberg, VFS Executive Director. “For example, the cross pollination is especially important when it comes to certifying these advanced aircraft and developing new infrastructure that can be shared by more than one type of aircraft.”

On March 29-31, 2022, VFS held the 1st H2-Aero Symposium & Workshop, the first conference in North America on hydrogen (H2) for aviation. This watershed event — which covered applications from hydrogen for automotive and space vehicles, to eVTOL, eSTOL and eCTOL aircraft, as well as hydrogen-powered airliners — featured three dozen speakers, with 100 in-person attendees and another 36 online. VFS now has two working groups working to advance the state of the art and the application of hydrogen fuel cell technology for electric airplanes, helicopters and eVTOL aircraft, and the necessary infrastructure requirements.

This event followed closely on Society’s 9th Annual Electric VTOL Symposium — as part the VFS Transformative Vertical Flight (TVF) Technical Meeting — in January 2022 with more than 600 attendees participating in the hybrid event. The event has remained the world’s largest and longest-running conference focusing on the incredible promise, progress and challenges of eVTOL aircraft.

Now catering to the entire new sustainable aviation sector, VFS will host the 16th annual Electric Aircraft Symposium (EAS) in Oshkosh, Wisconsin, on July 23-24, the weekend prior to the EAA AirVenture airshow. EAS is the world’s longest-running conference covering all aspects of electric flight.

These new VFS corporate members include companies, non-profits and government agencies from around the world that are supporting all aspects of vertical flight and related technologies. In addition to significant civil and military rotorcraft developments, such as the US Army’s Future Vertical Lift (FVL) program, electric aircraft developments increased markedly over the past year.

VFS is now preparing for the world’s largest and longest-running vertical flight conference, the 78th Annual Forum & Technology Display, May 10-12 in Ft. Worth, Texas. The Forum features more than 200 technical papers on the latest theory and practice of vertical flight for helicopters, advanced rotorcraft, drones and eVTOL aircraft, as well as some 35 presentations by invited speakers and more than 60 exhibitors. The event also includes short courses on eVTOL Technology and Model-Based Systems Engineering (MBSE), the 78th Annual Grand Awards Program, and a tour of the Bell Training Academy. Learn more at http://www.vtol.org/forum.

VFS was founded as the American Helicopter Society in 1943 by the visionaries of the early helicopter industry, who believed that technological cooperation and collaboration were essential to support this new type of aircraft. Today, history is repeating itself, with VFS playing a similar role helping to advance today’s revolutionary electric aircraft.