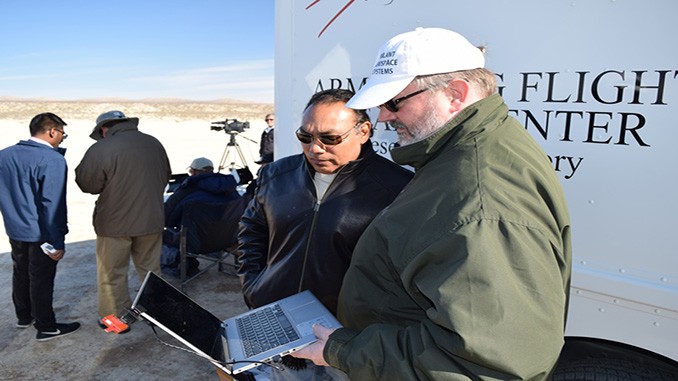 NASA has announced this week that the technology licensed to Vigilant Aerospace and used in the company’s FlightHorizon detect-and-avoid and airspace management product has won NASA’s Commercial Invention of the Year 2021 award.

The winning technology was invented by NASA Senior Research Engineer Ricardo Arteaga working with a team at NASA Armstrong Flight Research Center in Edwards, California. The resulting patents were licensed to Vigilant Aerospace Systems, Inc. of Oklahoma City and Fargo, ND and form the basis for the company’s FlightHorizon commercial products.

The invention provides a method for uncrewed aircraft systems (UAS) to automatically detect and avoid other air traffic, which is a critical safety function for the advancement of the UAS industry and the future of autonomous aviation.

“We are deeply grateful for the recognition from NASA provided by this national award,” said Kraettli L. Epperson, CEO of Vigilant Aerospace.

“Ricardo and his team at NASA Armstrong were visionary in their foresight about the technology that the aviation industry would need to maintain safety in an increasingly autonomous world. They worked hard to develop the industry’s leading technology for automatic collision avoidance on UAS. We believe that this invention fills a critical technology gap and will help lead the U.S. into a new era of safe autonomous aircraft flight,” said Epperson.

FlightHorizon is detect-and-avoid and airspace management software that fuses data from aircraft transponders, radar, drone autopilots and live FAA data to create a single picture of the airspace around a drone. The software displays air traffic, predicts trajectories and provides avoidance maneuvers to the UAS pilot or autopilot. The system can be used on the ground or onboard the UAS and can be configured for any size of aircraft. It is designed to meet industry technical standards and to help UAS operators to fly beyond visual line-of-sight (BVLOS) under waivers or new FAA BVLOS rules.

The technology is described by NASA in the announcement:

“Uncrewed, remotely piloted aircraft – called unmanned aircraft systems, or UAS – have their own set of challenges to overcome when designing a safe flight path… NASA collision-avoidance technology combines algorithms, sensors, and software integrated on UAS. It offers improved traffic situational awareness, real-time weather monitoring, and navigation – all designed for the short-range trajectories most often used by UAS. The algorithm can automatically avoid collisions and route the aircraft back on its previous course once the potential collision is well clear… The technology has been licensed by a private company, Vigilant Aerospace Systems, which has used it to provide detect-and-avoid and airspace management solutions to two [FAA] Unmanned Aircraft Integration Pilot Programs.”

Epperson described the advancements Vigilant Aerospace is making in the industry utilizing the award-winning invention:

“For Vigilant Aerospace, this award culminates an outstanding 12-month period of rapid technical and industry development. We recently finished serving on the FAA’s beyond visual line-of-sight rulemaking committee working on new rules for drone flight in the U.S., participated in Virginia Tech’s national detect-and-avoid trials, deployed our software to the Northern Plains UAS Test Site in North Dakota and completed groundbreaking beyond visual line-of-sight flights with the Alaska UAS Test Site under an FAA contract.”

Vigilant Aerospace is the leading developer of detect-and-avoid and airspace management software for uncrewed aircraft systems (UAS or drones). The company’s product, FlightHorizon, is based on two NASA patents and uses data from multiple sources to display a real-time picture of the air traffic around a UAS and to provide automatic avoidance maneuvers to prevent collisions. The software is designed to meet industry technical standards, to provide automatic safety and to allow UAS to safely fly beyond the sight of the pilot. The software has won multiple industry awards and the company has had contracts and users at NASA, the FAA, the U.S. Department of Defense and with a variety of drone development programs. The company has offices in Oklahoma City and Fargo, North Dakota.

No Replies to "NASA Armstrong, Researcher and Vigilant Aerospace WinNASA’s Commercial Invention of the Year Award"