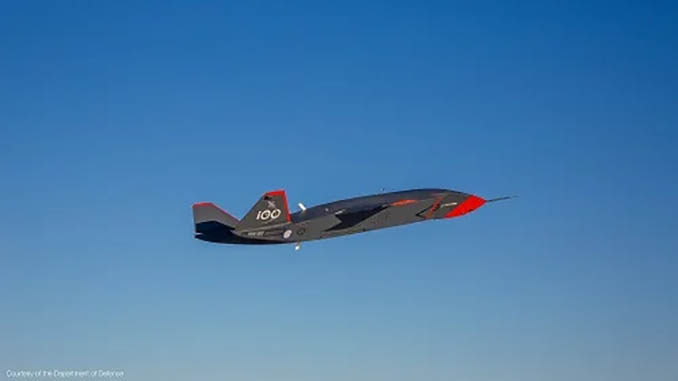 The uncrewed jet was built by Boeing Australia in partnership with the Royal Australian Air Force (RAAF) under the Loyal Wingman program.

The military designation for the uncrewed combat aircraft was announced at a ceremony in RAAF Base Amberley in Queensland.

“Our partnership with Boeing has successfully designed, manufactured and flown the first Australian-built military combat aircraft in 50 years.

“This new capability allows us to introduce more mass into the battlespace. An adversarial aircraft would not only have to contend with our crewed capability but also numbers of uncrewed aircraft such as the MQ-28A Ghost Bat.”

The uncrewed air vehicle has a range of 3,700km and has completed a series of test flights.

The MQ-28A Ghost Bat will bolster RAAF’s air combat capabilities and enable it to deter potential adversaries and infrastructure at risk from a greater distance. The uncrewed jet can also be used for reconnaissance and surveillance missions.

The Australian Government has invested more than $111m (A$150m) to support the Loyal Wingman program. It is expected to create new job opportunities when production increases in the following years.

Dutton added: “More than 35 Australian companies have contributed to the MQ-28A Ghost Bat program, with future aircraft to be produced in Toowoomba.

“This is yet another example of Morrison Government’s commitment to investing in leading-edge military platforms for the ADF [Australia Defence Force], strengthening Australia’s defense industry, and growing our sovereign industrial capabilities.”

The Cysero Fund invests in FlyingBasket, an innovative startup in the UAS field