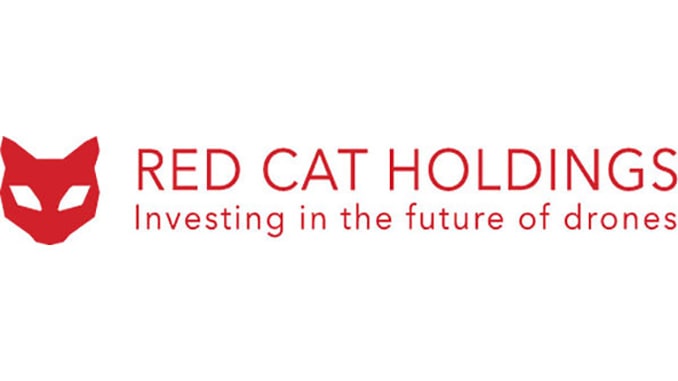 Red Cat Holdings, Inc., a hardware-enabled software provider to the drone industry, announces that its subsidiary Teal Drones (Teal) has been selected by the Department of Defense’s (DoD) Defense Innovation Unit (DIU) and U.S. Army to compete in the Short Range Reconnaissance Tranche 2 (SRR T2) Program of Record.

Teal was selected to develop a next-generation small unmanned aerial system (sUAS) designed for surveillance and reconnaissance (S&R) duties, with a focus on autonomous capability, for the U.S. Army.  The ultimate goal of the SRR T2 program is to provide a small, rucksack portable sUAS that gives all Army platoons (20-50 soldiers) with situational awareness beyond the next terrain feature.

Following a successful demonstration in September 2021, Teal was notified by the U.S. Army’s Short Range Reconnaissance Product Office that it would advance to the prototype phase of the SRR T2 program and was awarded a $1.5M prototype contract.  Teal will develop a next-generation drone that meets or exceeds the Army’s technical system requirements of SRR T2 and competes for the SRR T2 production contract.

“The rigorous technical requirements and program objectives of SRR T2 dramatically narrowed the field from over three dozen drone manufacturers to just a handful that were selected by the Army to move forward with the program.  We believe this puts us among the most elite drone manufacturers in the world and, consequently, is a significant recognition of our capabilities,” commented George Matus, founder and Chief Executive Officer of Teal.  “The $1.5 million prototype contract we were awarded for SRR T2 reinforces the sophistication and technical expertise of our entire Teal Team.  We look forward to developing the Army’s next-generation sUAS to improve the safety and lethality of our warfighters.”

The SRR Tranche 1 program began in 2020, and Teal was similarly selected for that program with a prototype contract award as part of its selection.  The five drones (including Teal’s Golden Eagle) developed for SRR Tranche 1 became the five drones named to the Blue sUAS list in August 2020 and were subsequently approved by the Department of Defense (DoD) and other U.S. Federal Departments.  The Blue sUAS list was originally developed by the Defense Innovation Unit (DIU), an organization within the DoD organization, that is focused on integrating leading commercial technologies into the Government.

About Red Cat Holdings, Inc.
Red Cat provides drone-based products, services, and solutions through its five subsidiaries and services the enterprise, military, and consumer markets. Teal Drones is a leader in unmanned aircraft systems (UAS), and its Golden Eagle is one of only five drones approved by the Department of Defense for reconnaissance, public safety, and inspection applications. Skypersonic’s technology enables drones to complete inspection services in locations where GPS is not available, yet still record and transmit data even while being operated from thousands of miles away. Fat Shark is a leading provider of First Person View (FPV) video goggles. Rotor Riot, LLC is a reseller of FPV drones and equipment, primarily to the consumer marketplace. Red Cat Propware is developing a Software-as-a-Solution (“SaaS”) platform to provide drone flight data analytics and storage, as well as diagnostic products and services. Learn more at https://www.redcatholdings.com/.