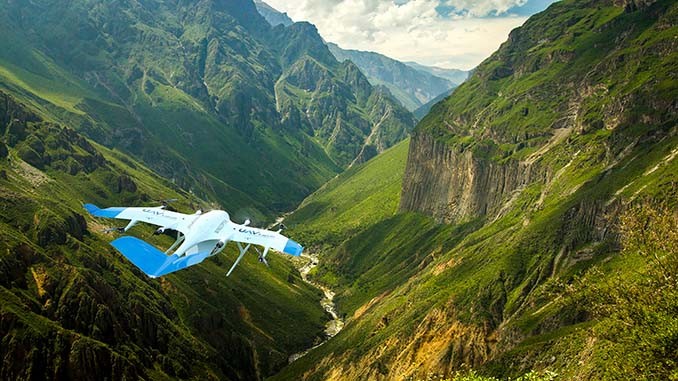 German drone delivery pioneer Wingcopter is partnering with UAV LATAM, a Latin American holding with more than 10 years of experience in the unmanned aerial vehicle space (UAV) and a presence in 7 countries. Through this alliance, Wingcopter will work with UAV del Peru, a subsidiary of UAV LATAM, deploying the Wingcopter 198, Wingcopter’s new flagship Unmanned Aircraft System (UAS), to carry out drone delivery operations for local clients. With the partnership, Wingcopter, UAV LATAM and UAV del Peru become leaders in the drone delivery space in Peru.

UAV LATAM, through UAV del Peru, plans to use Wingcopter’s cargo drones, for example, to provide access to medical products to hard-to-reach communities in the Peruvian Andes, and considers expanding the service to other countries of the region later. Since UAV LATAM’s pilots are already Wingcopter-trained, the company will be one of the first in Latin America to utilize delivery drone technology for commercial and humanitarian applications.

UAV del Peru is part of Peru Flying Labs, a member of the international Flying Labs Network that was initiated by WeRobotics to strengthen local expertise in the use of drones, robotics, data and AI for positive social change and create new job opportunities in more than 30 countries around the world. Wingcopter had joined the Flying Labs Network in early 2021 as a Technology Partner.

Juan Bergelund, CEO of UAV LATAM, comments: “Currently, several Latin American countries have partially deficient infrastructure, especially in the health sector, affecting billions of lives, a situation that has been aggravated by COVID-19. At UAV LATAM, we are convinced that with the deployment of Wingcopter drones in Latin America, we can actively support Wingcopter’s vision of creating efficient and sustainable drone delivery solutions that improve and save lives everywhere.”

Tom Plümmer, CEO of Wingcopter, adds: “By collaborating with UAV LATAM we leverage another great partnership to accelerate our expansion to Latin America. Our goal is to be present on all continents, through our network of Authorized Wingcopter Partners or through own drone-as-a-service operations, and we are on a good track to reach this goal soon. We can’t wait to announce more partnerships and own operations in other parts of the world to further increase our global reach and commercial traction.”

Wingcopter is a German manufacturer and service provider of eVTOL, fixed-wing unmanned aircraft systems (UAS) dedicated to improving and saving the lives of people worldwide through meaningful commercial and humanitarian applications. The startup is focused on optimizing medical supply chains. In the future, Wingcopter will also deliver packages, tools, and spare parts, as well as food and groceries. Thanks to its patented tilt-rotor mechanism, the Wingcopter 198 can take off and land vertically like a multicopter, while flying long distances as efficiently and quickly as a fixed-wing aircraft, even in heavy rain and wind. In 2020, Wingcopter was named a Technology Pioneer by the World Economic Forum. Wingcopter’s investors include Xplorer Capital, Futury Capital, DRONE FUND, SYNERJET, Expa, Hessen Kapital III, and Corecam Capital Partners.

UAV LATAM, a Latin American holding company with a presence in 7 countries and more than 10 years of experience, offers high technology and artificial intelligence services, through UAV / Drones, integrating robotics and computer science. UAV LATAM’s experts have experience in various areas such as aeronautics, electronics, telecommunications, software and systems, and mechatronics, offering its clients high profitability and low risks for their operations.

Delta Drone International to divest ParaZero for $6 million in cash