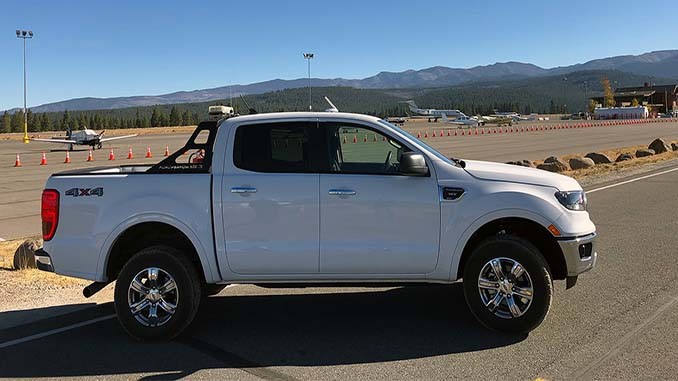 Airfield snow removal teams leap to action when others seek shelter, facing a no-fail mission to prepare the runway surface for pilots dealing with the chaos of deteriorating weather. This chaos amplifies runway safety hazards, and too often leads to near-catastrophic encounters. Two recent examples demonstrate the extreme runway safety hazard encountered in the performance of this critical airfield function, particularly at uncontrolled airfields.

Advisory frequency procedures require radio discipline and full awareness of one’s position in airspace and on the ground, two human factors that can crumble under stress. Such hazards can be mitigated by equipping snow removal vehicles with uAvionix VTU-20. These Automatic Dependent Surveillance-Broadcast (ADS-B) Out squitter devices announce vehicle locations in real-time without human input and operate in all weather conditions, making them visible to anyone receiving ADS-B, including ATC, airport ops, and other aircraft at or near the airport. uAvionix designed the VTU-20 as an affordable and easy to install solution to make this big-airport technology available on a small-airport budget.

Since 1990 the National Transportation Safety Board (NTSB) has highlighted the runway environment as particularly hazardous, often including runway safety on its Most Wanted List of Transportation Safety Improvements. In 2011 the FAA acknowledged the danger posed by airport vehicles and published Advisory Circular 150/5220-26 which “strongly encourages airport operators to voluntarily equip appropriate vehicles with airport ground vehicle ADS-B” and provided guidance on how to do so. Consequently, over 30 airports have already equipped over 2000 vehicles with ADS-B OUT systems. However, the locations that have adopted this technology have been mostly limited to airports with surface detection equipment used by air traffic controllers. The FAA further explained in Advisory Circular 150/5220-26 that:

With VTU-20, uAvionix is ready to help airport managers and operations teams interested in equipping vehicle ADS-B to improve safety and reduce runway incursions. Interested parties can expect hands-on assistance throughout the process which can take approximately two-to-three months in total.

Understanding budget constraints, uAvionix is also ready to help airports leverage creative funding sources such as state-sponsored grant programs. Additionally, the 2021 Bipartisan Infrastructure Law has allocated $15 billion for airport infrastructure projects across all US airports for infrastructure and safety-related projects. Final guidance is forthcoming, but the FAA has signaled a general plan to award projects using the same rules required under the Airport Improvement Program (AIP).

Contact uAvionix today and take the next step toward improving surface area safety at your airport.

No Replies to "Next-Gen Airport Surface Safety from uAvionix"