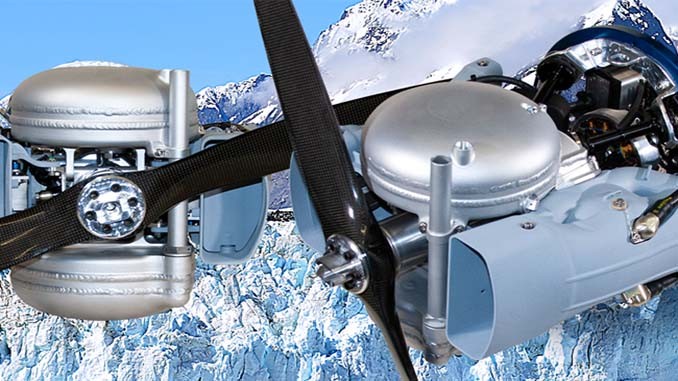 Integrated on five separate aircraft, Northwest UAV’s NW-88 Engine has completed flight testing with several of the aircraft, accruing hundreds of flight hours throughout 2021. With continued-development test flights for all aircraft planned in 2022 and initial field deployments scheduled, these numbers are set to significantly increase through the year.

“Listening to the industry and our contacts in defense organizations, we learned that certain missions weren’t being flown,” said Chris Harris, President and Owner of NWUAV. “Not because they aren’t significant missions, but because they didn’t have the appropriate engine to meet the mission requirements. Reliability typically topped the list as a deficiency with fuel efficiency right behind it, specifically when trying to burn heavy fuels reliably at extreme temperatures and altitudes, which is critical to satisfying the future tactical unmanned aircraft requirements of the warfighter. The NW-88 checks the box for those specific deficiencies, while also being easy to operate, integrate and maintain having pulled many of the key attributes and proven components from our combat-proven NW-44 engine. Our development group did a great job designing this engine and getting it into production in a relatively short timeframe, saving end users from many of the costly pitfalls associated with heavy fuel.”

Borrowing design elements from their aviation-grade NW-44 Heavy-Fuel Engine, NWUAV was able to complete prototyping and thousands of hours of testing of the NW-88 Engine in just a few years. The NW-88 offers a conformal, low-drag design, which results in high climb rates and greater endurance, while performing extremely well on heavy fuel through all operational scenerios. Manufactured almost completely in the US (most of which NWUAV does in-house), both the NW-88 and NW-44 have minimal exposure to supply chain issues and easily comply with the DoD’s “Buy America Act.” Easily configured to fit existing aircraft, the NW-88 supports fixed wing aircraft in the 75-150 lb range that require the use of heavy fuel and a modular power system that is ready to deploy with minimal modification, if any, reducing integration costs to the end user.

“Having an aviation-grade, ready-to-deploy system that is easily configured for their application, and an experienced engineering team to assist with integration has delivered unprecedented timelines to get our customers out into the field and serving end users at scale,” Jeff Ratcliffe said, NWUAV’s Senior Director of Business Development and Technology Transfer. “That’s important because these aircraft have the potential to change how so many current missions are accomplished and it opens the doors to new mission sets where requirements have gone unmet. Our customers and their end users have seen the potential of this size of aircraft for a while, and now the NW-88 Engine has helped make it a reality. The promise of unmanned systems is the ability to optimize a vehicle precisely for the mission and that’s ultimately what we’re enabling at Northwest UAV — we’re engineering the future of UAV propulsion to make it easier for the UAV industry to adapt, innovate, and grow.”

In 2021, the NW-88 gained interim flight clearance from NAVAIR and executed multiple test flights and operational demonstrations, including ISR and delivery applications with multiple platforms. The upcoming year is expected to set a high-water mark for the NW-88 Engine, with continued endurance testing, test flights, and global field operations for multiple customers.

While the NW-88 Engine soars into production, Northwest UAV continues to watch the ongoing UAV missions that US DoD and our allies are performing, as well as the competitions and technical demonstrations that are informing future decisions. As an American company, Northwest UAV is hyper-focused on supporting America’s national defense initiatives and investing in technology that helps their customers and end-users put additional distance between them and the emerging threats in the world.

That eye on the future has spurred Northwest UAV’s current R&D project on their largest heavy-fuel engine yet: The NW-230. Expected to provide 16-19 hp (rpm/propeller dependent) and 1,500 watts of electrical power at flight idle, the NW-230 Heavy-Fuel Engine is under development and will begin initial testing later this year. Look for it at AUVSI XPONTENTIAL 2022 in Orlando, FL at the Northwest UAV Booth 1629.

AutoFlight starts in Europe: Airtaxi ‘Prosperity I’ targets certification by 2025