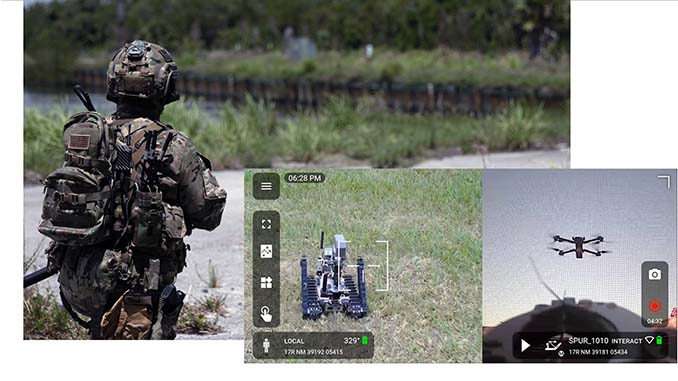 Tomahawk Robotics Appoints The Honorable Ryan D. McCarthy To The Board Of Directors

Tomahawk Robotics, the leading innovator of common control solutions, is pleased to announce that former Secretary of the Army Ryan D. McCarthy has been appointed to its Board of Directors.

Mr. McCarthy was unanimously confirmed by the U.S. Senate as Secretary of the Army, and he previously served as the special assistant to the 22nd Secretary of Defense Robert Gates under Presidents Bush and Obama. Prior to this, he was the special assistant to the Under Secretary of Defense for Acquisition, Technology and Logistics. Mr. McCarthy also proudly served in the U.S. Army from 1997 to 2002 and was involved in combat operations in Afghanistan in support of Operation Enduring Freedom with the 75th Ranger Regiment.

Ryan will bring his tremendous Army knowledge and DOD acquisition expertise to the Tomahawk Robotics team to further their efforts to address the need for next generation unmanned systems in the U.S. Military. “I was deeply involved in assessing technologies across the Army acquisition portfolio over the last 20 years, and Tomahawk’s universal command and control software will enable the efficient deployment and use of unmanned systems by front line troops.  These technologies are key to the effectiveness of dismounted troops on tomorrow’s battlefield,” said Mr. McCarthy.

“Ryan was truly impressed by Tomahawk Robotics’ technology and its ability to efficiently control a range of unmanned systems already in use by the U.S. Army. Tomahawk Robotics is deploying their products with some of the most sophisticated users of unmanned systems today, and we are pleased that Ryan will be joining our board and ultimately help us position for significant programs with the U.S. Army,” said Wes Blackwell of Scout Ventures.

In addition to Ryan joining the board, Tomahawk Robotics has recently announced the completion of a $10M Series A financing round led by Scout Ventures that included notable investments from Kensington Capital Partners, Topmark Partners and Naples Technology Ventures. Funds will support further technology enhancements and expansion of the enterprise.

About Tomahawk Robotics
Tomahawk Robotics is the leading innovator of common control solutions that transform how humans and unmanned systems work together to make the world more safe and secure. From the battlefield to remote industrial sites, our products and technology safeguard users working under the most extreme and stressful conditions. Designed from the ground up with the user in mind, Kinesis is the only multidomain, cross-architecture, AI-enabled control system that unlocks intuitive interaction with remote environments from across the room or around the world.

No Replies to "Tomahawk Robotics Appoints The Honorable Ryan D. McCarthy To The Board Of Directors"