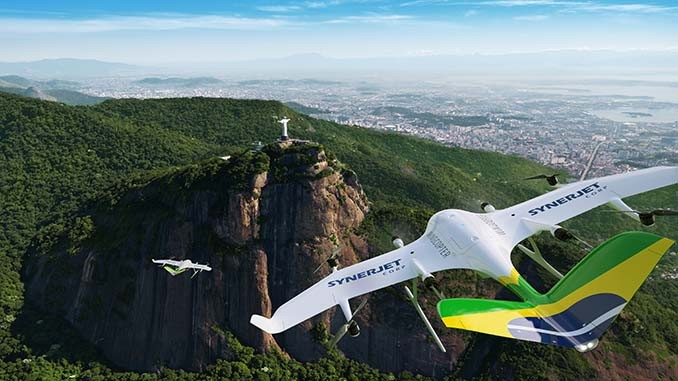 SYNERJET has made the investment shortly after joining Wingcopter’s Authorized Partner Program (WAPP), which allows companies to act as a distributor and local technical support provider for the Wingcopter 198. As an Authorized Partner, SYNERJET wants to target drone operators, logistics companies, and providers in the healthcare industry. For Wingcopter, the partnership represents an important gateway to the Latin American market and is a major milestone in its global expansion plans. The company will benefit from SYNERJET’s in-depth knowledge of the regulatory framework as well as its strong relationships and experience with local civil aviation authorities.

“We would like to thank SYNERJET’s CEO José Brandão and the whole team for their trust in Wingcopter. Making this investment right after becoming our first Authorized Partner in Latin America shows that they understand the huge potential of what we are creating here at Wingcopter. The region offers enormous growth opportunities for both companies and we look forward to scaling across the continent together”, comments Tom Plümmer, CEO of Wingcopter.

José Eduardo Brandão, CEO of SYNERJET, adds: “SYNERJET is very proud to be a Wingcopter Authorized Partner and new investor in Wingcopter. It demonstrates our commitment to the UAM industry, serving our customers in Latin America, and stresses the trust we have in Tom Plümmer and his great team of professionals. SYNERJET is absolutely convinced of Wingcopter’s purpose-driven approach and dedication to make a positive impact in this world for years to come.”

Wingcopter is an award-winning German manufacturer and service provider of eVTOL, fixed-wing Unmanned Aircraft Systems (UAS) dedicated to improving and saving the lives of people worldwide through impactful commercial and humanitarian applications. The startup is focused on optimizing medical supply chains. In the future, Wingcopter will also deliver packages, tools and spare parts, as well as food and groceries. Thanks to its patented tilt-rotor mechanism, Wingcopter can take off and land vertically like a multicopter, while flying long distances as efficiently and quickly as a fixed-wing aircraft, even in rain and wind. In 2020, Wingcopter was named a Technology Pioneer by the World Economic Forum. Wingcopter’s investors include Xplorer Capital, Futury Capital, DRONE FUND, SYNERJET, Expa, Hessen Kapital III, and Corecam Capital Partners.

SYNERJET CORP is a privately held Latin American aviation company, headquartered in Brazil, with main offices in Panama and Colombia, primarily selling and servicing business aircraft. SYNERJET CORP is the exclusive distributor for PILATUS AIRCRAFT in Latin America and CIRRUS AIRCRAFT in northern South America and Central America, also representing JETCRAFT in South America, besides being an avionics Premium Dealer for HONEYWELL and ENERCRAFT distributor in Brazil. The company also owns service centers in Brazil and Colombia and appointed satellite centers in Chile and Guatemala. SYNERJET was established in 2002 and has represented the most important airplane and helicopter OEM’s in multiple countries since its foundation.