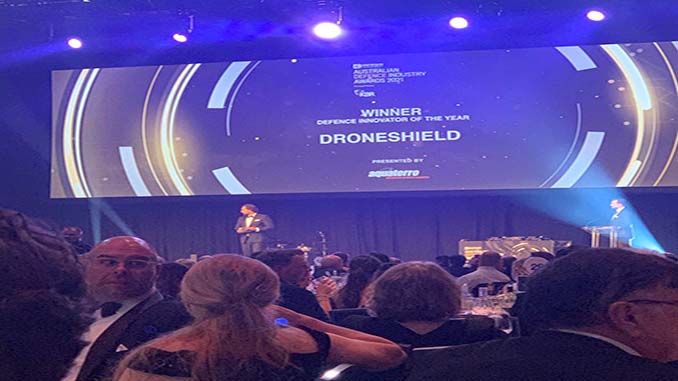 DroneShield receives first of its kind exemption by ACMA

DroneShield Limited is pleased to advise that the Australian Communications and Media Authority (ACMA), the Australian Federal Government agency regulator of the communications spectrum nationally, has granted DroneShield the first exemption permit of its kind to undertake advanced testing of the Company’s Electronic Warfare and counter-drone portfolio in Australia. The exemption has appropriate safeguards in place to balance the need to develop and test advanced technologies in Australia, while maintaining restrictions around the impact on the broader community.

The exemption has been granted under the Radiocommunications (Exemption) Determination 2021, passed as law by the ACMA earlier this year, to enable development of advanced electronic warfare technologies for use by authorized Government agencies in Australia and for approved exports.

DroneShield CEO, Oleg Vornik, commented, “This change in law and the resulting permit, demonstrate the rapid responsiveness of the Australian Federal Government and ACMA, who have been appreciative of rapid change of the technological landscape in modern warfare and counter-terrorism. The Government agencies understood the resulting need for legislative amendments and were fast moving in the implementation, despite current challenging times.

This permit substantially accelerates the development and optimization of advanced Artificial Intelligence-powered electronic warfare and counter-terrorism technologies here in Australia, and we are excited to rapidly move forward in undertaking the work, at DroneShield and University of Technology Sydney (UTS) facilities.

I’m particularly excited at the direct increase this decision will mean for domestic advanced manufacturing jobs and the acceleration it means for DroneShield’s technology base as part of Australia’s Sovereign Defence Industry Capability.”

DroneShield’s Artificial Intelligence development work was further recognized last evening at DefenceConnect awards, where it was the winner of the Defence Innovator of the Year and Engineer of the Year awards.