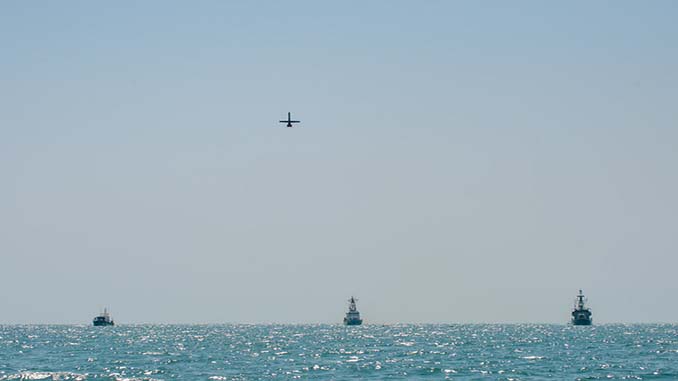 “We couldn’t be more excited about the partnership with NAWCAD on MTUAS. Our aim is to knock it out of the park and make the warfighter proud our team was selected. We think this program will be an accelerant for V-BAT in maritime, contested domains — especially as we think more broadly about V-BAT operating with U.S. forces in many areas of operation — and the value that organic Group 3 VTOL UAS can bring to all Navy ships. It’s humbling to see V-BAT emerging as the combined-joint Group 3 of choice, and we just want to continue to delight the warfighter as we scale,” said Brandon Tseng, former Navy SEAL and cofounder of Shield AI.

The successful completion of this agreement will provide Martin UAV a possible opportunity to enter into an official Program of Record with the Government to continue improving the V-BAT 128 based on warfighter input and relevant battlefield capability gaps. Each system delivered will follow the pattern of equipment delivery, personnel training, and a government test event, supported by Martin UAV personnel.

Martin UAV (a Shield AI company) specializes in building wholly unique, unmanned aircraft systems and associated flight control software. The company’s systems are commercially developed to fill critical operational needs in tactical and confined operational environments. Its V-BAT series aircraft is the only single-engine ducted fan VTOL that can launch and recover from a hover, fly up to 11 hours in horizontal flight, and make mid-flight transitions to “hover and stare” at any time throughout a given mission set. U.S. and international customers view the V-BAT as a flexible platform capable of performing Group 2 UAS to Group 4 UAS missions and beyond.