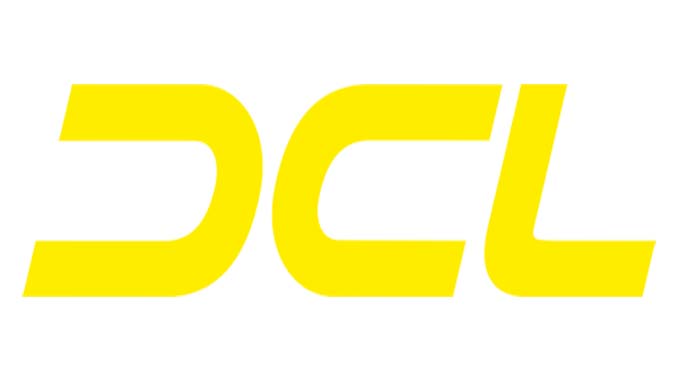 As the drones took off for the first time after a three-month break to launch DCL 2.0, the recognized world championship of professional drone racing teams wasn’t just back: it had gone to next level. Two days of racing in the stunning virtual environment of Laax, Switzerland saw new tracks, major upsets and some of the most thrilling showdowns in DCL history. And there’s a dynamic future to come – starting with the 2021 finale and a hybrid 2022 season.

The highly anticipated mid-point of DCL’s virtual 2021 season was worth the wait, as Races 3 and 4 of the six-race campaign blasted through four new virtual tracks at the renowned Alpine snowpark in Laax, Switzerland.

“DCL did not merely ‘come back’ to the global race arena in Laax,” said Dr. Michael Kostka, DCL’s CEO. “This was a powerful, definitive demonstration of our high level, with two spectacular race days, the most challenging tracks, the world’s best drone pilots, and an incredibly exciting show for our followers, fans and new audiences, all delivered by our strong DCL team.”

The action in Laax

Race 1 kicked things off on 30 October with XBlades Racing of the UK and Raiden Racing of Japan intensifying a rivalry that has been brewing all season. XBlades, the dominators who have won every championship since DCL started in 2016, came into Laax tied in the overall points with Raiden, who have made impressive progress since a 2019 slump when they failed to score a single point.

As in the season’s previous two races (Proptown and Reutte), the British and Japanese teams squared off in the Grand Final, and this time it was XBlades who seized the top of the podium, with their relieved captain, star pilot MinChan Kim, stating, “I guess this was the closest DCL race I’ve ever done!” Top of the overall leaderboard: XBlades 700 points, Raiden 650.

Within 24 hours, the standings flip-flopped when a crushing defeat by Raiden in the opening Round Robin matches of Race 2 – and other fierce challenges from a field that is more evenly matched than ever –  denied XBlades a spot in the Grand Final. Instead, Raiden faced off for the race victory with Quad Force One of the USA, whose flying confirmed that they have returned to form after two underperforming seasons.

In breathtaking clashes with as little as 0.001s separating the pilots, Raiden claimed the win. Now, with just two races to go, the overall standings stand at 900 points for Raiden and 850 for XBlades, with Quad Force One a solid third at 600.

Other major moments: The China Dragons stepped up big time, rounding out the Race 1 podium with a sweep of the top four Big Heat positions in the Small Final that determined third place. The Dragons were back in Race 2’s Small Final, but were defeated by a furious charge from XBlades.

Women and girls have always been welcome in DCL, but the league introduced the Women’s Cup this year specifically to encourage their participation, with the expectation that more and more women will become part of the World Championship teams as time goes on.

When all the Laax victory celebrations were complete, Kostka said, “It was clear that the pilots and  fans enjoyed the race weekend tremendously, and now everybody is looking forward more than ever to the season finale at the end of November.”

DCL Board of Directors member Dr. Alexander Knourek agreed, adding, “It’s unbelievable how well the experience of these pilots is enabling them to maneuver in these eye-popping tracks. The decisions were so close on both days that they give us a sweet taste of how challenging and thrilling the double-header at the Great Wall of China is going to be.”

Those final two races of the 2021 season will fly in a virtual environment at the Great Wall, one of the most popular and iconic settings in DCL’s history. Four new tracks await the seven teams. They’ll be going all-out, and as the battles in Laax proved, anything can happen.

Besides preparing for a mind-blowing finale, DCL is getting ready for 2022, which will be its first hybrid season, serving up both virtual and real-life racing streamed live globally on Twitch.

Knourek shared, “DCL has a history of successful real-life races from 2016 to 2019, followed by two virtual seasons, and the event just held at Laax showed us that we’re on exactly the right path for developing a hybrid race series. Our format demands the fittest, strongest and best pilots in the world. Also our race director and racetrack designer are setting courses at the highest level and standards, which we make available on DCL – The Game shortly after each Drone Grand Prix so that everybody can experience them.”

DCL gives everyone around the world a chance to be part of a professional drone racing team. Flying in DCL – The Game, pilots learn the sport, train in weekly tournaments and can build their skills to compete in the draft selection or get chosen as a free pick.

DCL – The Game is available for PS4, Xbox and Steam. For more information on DCL – The Game: dcl.aero/game/features/ https://dcl.aero/press

Each DCL race is broadcast live, worldwide on TV and online. For information on how to watch: www.dcl.aero.

Keep up with the concluding races of the 2021 World Championship, as well as the continued rollout of DCL 2.0, on DCL social channels and at www.dcl.aero.

About the Drone Champions League

The Drone Champions League (DCL) is the recognized world championship for professional drone racing teams: an innovative race series that blurs the lines between virtual and reality to serve up a new era of sports entertainment. Since 2016 DCL has drawn the world’s best drone pilots, who qualify for each race in DCL – The Game and then go on to compete in seven international teams at some of the world’s most spectacular real-life and virtual settings, from buzzing global capitals to surreal natural wonders and landscapes of the imagination. Each DCL race is broadcast live, worldwide on TV and online.

DCL – The Game offers complete engagement with the sport and a high-speed experience in your own home. Pilots of all experience levels fly 85 drone racing tracks (and counting) based off real-life locations, including 1:1 virtual replicas of the original DCL tracks, with contenders in the highest racing mode battling for places in the actual DCL Draft Selection, allowing pilots from the game to be recruited by teams to fly in the real-life series.

No Replies to "Drone Champions League levels up with DCL 2.0"