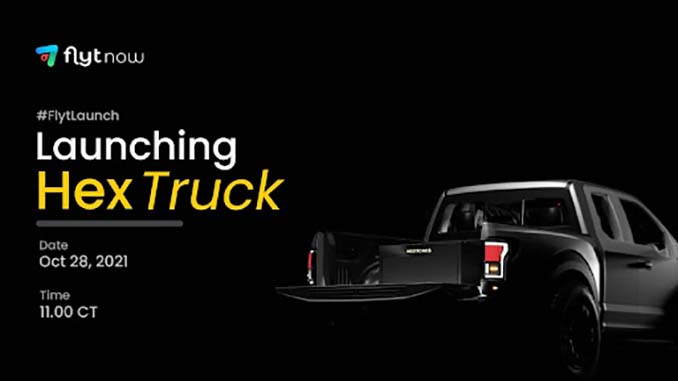 The New & Improved Hextronics Global Advanced
The Hextronics Global gained significant traction among adopters of autonomous drone technology for its rugged yet lightweight design, compatibility with off-the-shelf drone platforms (such as the DJI Mavic 2 series), rapid drone-battery-swapping capability, and a highly affordable price point, since its release in May 14, 2021. To learn more about its features, visit https://flytnow.com/hextronics/.

Over the following months, the design of the Hextronics Global went through several improvements for increased safety and reliability. This iterative process also led to several upgrades – more powerful cooling, better connectivity, and more efficient battery-cycle management, to name a few – resulting in the new and improved Hextronics Global
Advanced.

Consequently, a new variant of the Global Advanced has been designed for increased mobility by tightly integrating it with a pickup truck. The drone can now be charged on the move, and requires no human intervention, as its entire operation (including, take-off, landing, battery swapping and management) is fully automated and can be managed
remotely. This system also makes long-distance inspections of high-value industrial assets, such as railways and powerlines, simpler, easier, and more efficient.

Key Features & Use Cases
The HexTruck is designed for use in any geography (urban, suburban, or rural) and can fit on the back of any standard pickup truck.

Here are some of the key components of the mountable kit:

Some high-value applications where the HexTruck could significantly increase productivity and efficiency:

Here are the five key features offered by FlytNow to ensure the effectiveness of automated
drone missions:

About Hextronics
Hextronics LLC is an engineering company based in Miami, FL (USA), that builds products to facilitate autonomous functionalities for the growing drone industry. Their drone-station solution offers benefits to reduce operations cost, optimize flight-time, increase the drone-transmission radius, and extend battery life. Along the way, Hextronics and
their team have won the Engineering Capstone Design Competition at the Georgia Institute of Technology, graduated from the GT CreateX Start-Up Accelerator, received recognition from the largest tech journal in South Florida (Refresh Miami), and also were selected as Miami Inno’s top 25 under 25 companies.

About FlytBase
Founded in 2016, FlytBase, Inc., a Silicon Valley company, has built the world’s first Internet of Drones (IoD) platform, providing drone-agnostic software solutions to automate and scale drone operations. FlytBase offerings are compatible with major drone hardware platforms (e.g., DJI, Ardupilot, PX4) and come with SDKs, simulators, and
APIs for ease of application development and seamless integration. FlytBase was a part of Cisco’s accelerator program and was recognised as the Grand Champion at the NTT Data’s Global Innovation Contest.

Boots on the Ground or Drones in the Air?

No Replies to "Unveiling HexTruck: Battery-Swapping Drone-Dock Integrated With a Pickup Truck"