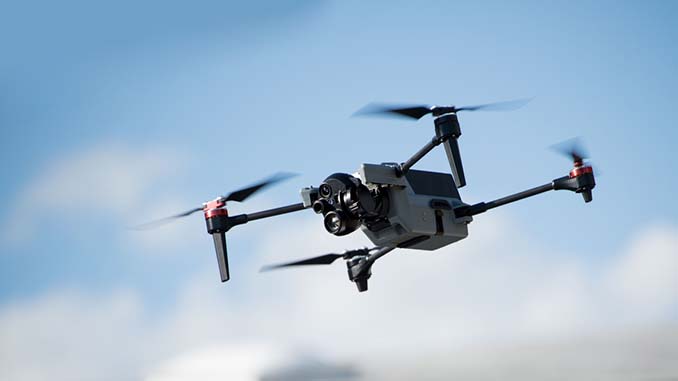 Teledyne Technologies Incorporated (NYSE: TDY) , a subsidiary of Teledyne FLIR today announced the launch of ION ™ M640x Tactical Unmanned Aircraft Systems (UAS). This UAS designed, developed and manufactured in the United States is based on the functions of ION M440 (Blue sUAS project product) and will provide military and other government customers with first-class capabilities to accomplish their unique tasks.

Thomas Rambo, Senior Director of Teledyne FLIR Driverless and Integrated Solutions, said: “Our proven engineering expertise in the United States and focus on the defense and public safety markets mean that our customers will receive extremely safe and powerful UAS solutions. ION M640x consolidates our unique position as a domestic unmanned system and sensing technology supplier in the United States. It has high-resolution infrared imaging, smart object tracking, laser lighting, and industry-leading support and services.”

ION M640x is equipped with a 640×512 infrared sensor (the resolution is twice that of similar UAS) and a near infrared (NIR) laser illuminator. Operators can use near-infrared illuminators to accurately locate objects of interest, thereby improving coordination with other task participants and enhancing visibility. ION M640x also includes a brand-new smart object tracking function, which enables the operator to specify an object for detection and tracking of the aircraft while it is moving. Other new features include an SD card that can be used to easily retrieve photos and videos recorded during the flight. In addition, the system also has a tri-band radio function.

The open system architecture is another key feature of ION M640x, which uses high-power discrete task computers to achieve advanced autonomous functions. The system also complies with the MAVLINK standard and can interoperate with common ground control stations (C-GCS) including the US Army’s Tactical Open Ground Station Architecture (TOGA). The M640x weighs about 4 pounds, is easy to carry with a backpack, and can be used in harsh environments including wind and rain.

ION M640x evolved from ION M440, which was one of the first five UAS platforms approved by the U.S. Department of Defense under the Blue sUAS program and sold to the U.S. military and federal agencies. M440 was developed by Altavian Inc. headquartered in Gunzvi, Florida. FLIR acquired the company in December 2020.

Teledyne FLIR, a subsidiary of Teledyne Technologies, is a global leader in smart sensing solutions for defense and industrial applications, with approximately 4,000 employees worldwide. Founded in 1978, the company is committed to developing advanced technology to help professionals make faster and more informed decisions to save lives and livelihoods. For more information, please visit www.teledyneflir.com or follow @flir.