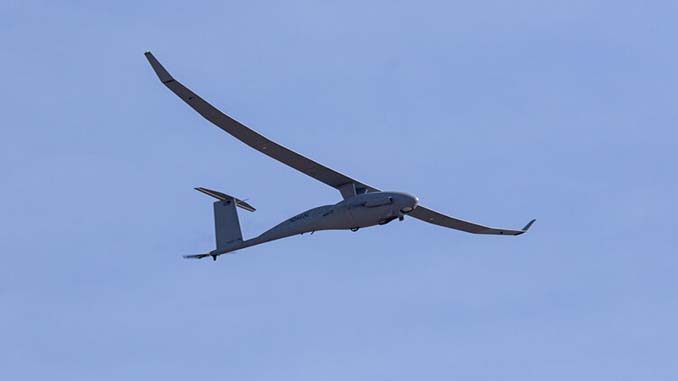 Vanilla launched from Rogers Dry Lakebed on Friday, September 24th and was recovered on Saturday, October 2nd having flown 12,200 miles over Edwards Air Force Base with a communications relay system & ample ballast to accommodate other sensors.

The 8 day flight is a step change from Vanilla’s prior record of 5 days and is without comparison to other UAS.  The flight was conducted in coordination with Edwards Air Force Base and has been submitted for ratification as an official world record.

The world-record flight was the last in a series of events at Edwards Air Force Base demonstrating Vanilla’s unique multi-day, multi-sensor capability.  Several sorties over 50 hours each carried two EO/IR cameras, two satellite communications systems for BVLOS operations, and a customer-proprietary radar in addition to the mesh radio system.

“Vanilla has changed the definition of endurance.  This is a tactical asset with strategic relevance,” says Dr. Dan Edwards, Platform Aerospace CTO.  “The notion that tactical UAS must be VTOL and fly for less than 24 hours excludes a disruptive technology that could be fielded today.  The value of inexpensive multi-day, multi-sensor coverage is immense.”

Vanilla’s airframe can carry up to 150 lbs of sensor payloads across five internal bays and external mounts, each receiving onboard power and datalink for sensor C2.  A VTOL variant is in production with government sponsorship and will take flight in early 2022.

Platform Aerospace is a service-disabled veteran-owned small business (SDVOSB) dedicated to supporting the warfighter and its customers’ success. Platform is AS9100D and ISO 9001:2015 certified, and specializes in manufacturing, aviation modification and prototyping, and cutting-edge aerial ISR products.

Drones launched from HMS Prince of Wales during landmark demonstration