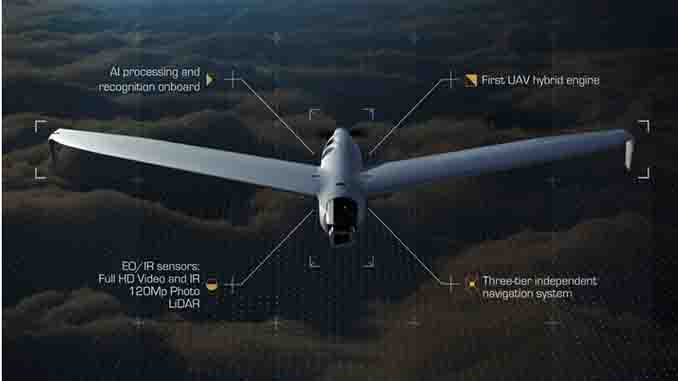 Hybrid UAV ZALA 421-16E5G performed flight, which lasted more than 12 hours and covered a distance of more than 1,130 kilometers.

Two flight crews practiced simultaneously the unmanned operation with a new high speed communications, control systems and relay implemented at over-the-horizon control points located in different regions of the Russian Federation. Implementation of such a system, where the UAV operators are located up to 500 kilometers away from the launch site, reduces the consumption of aircraft resources, minimizes the human factor and optimizes the staff.

During the flight the latest ZALA systems developments in navigation and intelligent information processing were tested.

The new onboard visual navigation system (VNS). The independent system from satellite navigation is implemented in a closed circuit of the aircraft, which allows the aircraft to fly and perform required tasks in complete radio silence, as well as providing multi-level protection against means of electronic warfare. The system proved to be much more accurate than the inertial navigation system.

The new airborne intelligent processing system (AIVI) was also demonstrated. The onboard system works in passive mode providing automatic detection and recognition of objects from several sensors, which cover the entire lower hemisphere of the UAV (360 degrees), which allows you to get up-to-date information about the number and location of objects, changes in the situation directly during the flight. This system allows you to increase the area of UAV inspection by 30 times, compared with regular means of detection, eliminating the human factor in the search for objects of interest.

The flight was conducted in accordance with the Federal Aviation Regulations of the Russian Federation.