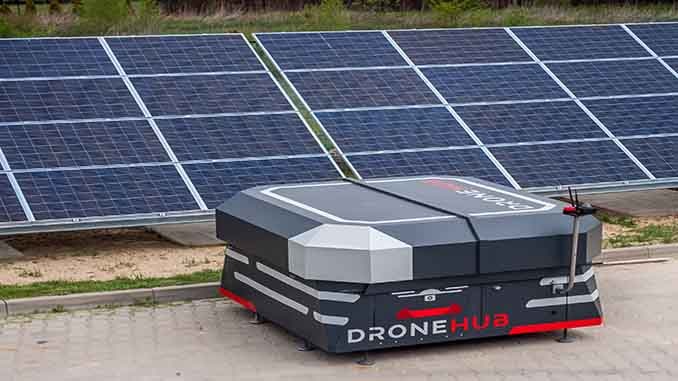 In the autumn, a pilot program of transporting AED (Automated External Defibrillators) by unmanned aerial vehicles (UAVs) will be implemented in the city of Sosnowiec in Southern Poland. The project is being developed in cooperation with the Metropolis GZM, the city of Sosnowiec, the Łukasiewicz – Institute of Aviation, and the companies Dronehub and Pentacomp. On Wednesday, August 25th, the parties signed an agreement to prepare and implement the program. This project is the first of its kind in Poland.

The pilot project aims to gather experience from the use of drone technology in the implementation of tasks for the needs of local government units. The plan assumes the performance of over 100 flights in real conditions, which will allow collecting data on the optimal parameters of flights and the processes of their implementation. The base scenario assumes the transport of AEDs.

“The project to be implemented in Sosnowiec is another opportunity to confirm the appropriateness of the use of Dronehub drones and docking stations and Pentacomp flight management software. Two of our docking stations will take part in the pilot, each equipped with a Cartesian mechanism, i.e. a robotic loader that will automatically pick up the defibrillator from the compartment in the docking station and place it in the drone. After the drone lands in the second docking station, a similar mechanism located there will pick up the parcel from the drone and place it in a compartment at the destination station”- explains Vadym Melnyk, founder and CEO of Dronehub.

“Thanks to the use of drones in rescue, we significantly shorten the time of delivering the necessary medical equipment. The drone moves in a straight line, does not get stuck in traffic jams, does not wander, does not need time to get ready for action like a team of rescuers. And time is absolutely crucial in saving people’s lives and health. The Dronehub and Pentacomp systems also enable the transport of other urgent medical shipments, such as blood samples”- adds Vadym Melnyk.

The coordinator of the task is the Metropolis GZM (Górnośląsko-Zagłębiowska Metropolia), which will also evaluate the flights. The flights will be performed by Dronehub – which will provide drones and docking stations – together with the Pentacomp responsible for the software. Substantive and formal support, including contact with the Civil Aviation Authority and the Polish Air Navigation Services Agency, will be provided by the Łukasiewicz – Institute of Aviation.

“We are happy to be able to participate in such an innovative project. We are sure that the success that we will achieve with our partners in Sosnowiec will contribute to the development and dissemination of drone technology in Poland. As a state institute in the aviation industry, we want drones to become an integral part of our everyday life in the area of services and public safety in the near future” – says Anna Mazur, Chief Engineer at the UAV Certification Unit – Unmanned Aerial Vehicles from the Łukasiewicz – Institute of Aviation.

The flights are scheduled for autumn 2021 in Sosnowiec in Southern Poland. Then, the evaluation and publication of test results for the needs of Urban Air Mobility (UAM) will follow. The implementation of the pilot program will also allow the exchange of experiences with international partners as part of the ASSURED AMU project.

The Dronehub company is becoming an international specialist in the transport of medical parcels by drones. We would like to remind you that Dronehub is among the leading European aviation companies that will create urban air mobility – the so-called Urban Air Mobility – in the European airspace. This project – Uspace4UAM – is supported by Single European Sky ATM Research (SESAR), which coordinates and focuses all EU air traffic management research and development activities. The role of Dronehub in this international project is to perform about 160 flights with drones in Rzeszów – where the Dronehub headquarters is located – and to test the system in three tasks: transporting the AED defibrillator, aerial video surveillance of the scene of the incident or accident along with providing the image to public services, such as the police and fire brigades, and in creating orthophotos and photogrammetries for public services. The first flights are planned for September 2021 and the last for October 2022.