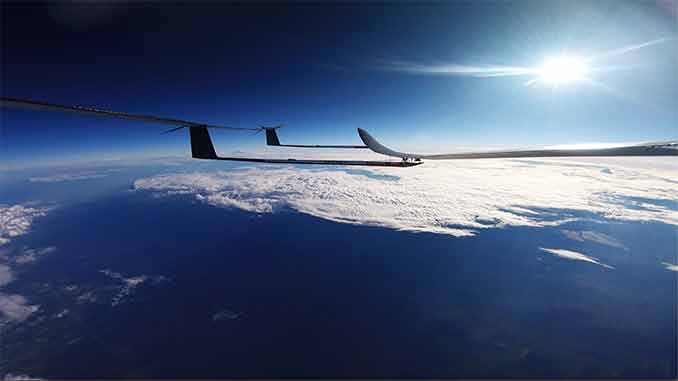 UAVOS, a developer of high-altitude platform station (HAPS) ApusDuo, has announced that it successfully launched its stratospheric platform and flew at an altitude of 16,500 m fitted with a payload of 6 kg. A remotely piloted solar aircraft has demonstrated its agility, control and operations flexibility. The UAVOS team took their efforts to carry out preliminary flight tests to prepare for reaching ever more complex goals with the next generation of ApusDuo solar powered aircraft with a wingspan of 28 meters.

The mission had three focus areas. The first one was to test an energy balance of the aircraft which have proven the day and night stratospheric persistence for enabling a new class of the ApusDuo aircraft with a wingspan of 28 m to non-stop flight during a year at 25 latitude (crosses such countries as India, Saudi Arabia, Mexico, Australia). The two other goals were verification and validation of aircraft’ systems operating in the stratosphere with a payload of
6 kg and confirming aerodynamics stability.

UAVOS has been working on solar aircraft for more than 5 years. During this time the company’s remotely piloted family of solar-powered aircraft made high altitude flights and capability demonstrations. The goal of UAVOS’ stratospheric platform program is development and demonstration of technology for enabling a new class of aircraft capable of flying the high altitude delivering services from the stratosphere.

The ApusDuo unmanned platform can act like a satellite in providing a telecommunications network in remote places, Earth observation services over long periods of time without interruption.

“The HAPS ApusDuo has been tested to benefit from improvements in electronics, and solar-electric propulsion technologies. However, there are still some items that will have to happen before ApusDuo will be able to accomplish its intended missions”, said Aliaksei Stratsilatau, CEO at UAVOS.

About UAVOS
UAVOS is a developer and manufacturer of security and commercial solutions based on advanced Unmanned Systems with an international investor base. UAVOS technology, products, and tailored services include multi-role UAVs, unique proprietary autopilots, advanced communication systems, UAV components, and experiential training. UAVOS is
involved in stratospheric R&D projects having developed the HiDRON meteo missions stratospheric glider and the HAPS ApusDuo autonomous aircraft ready to deploy missions to the stratosphere.  UAVOS’ mission statement is to create the right partnerships and shared goals with customers worldwide in order to build mutual capabilities of technologies and innovation for the benefit of our partners and customers.