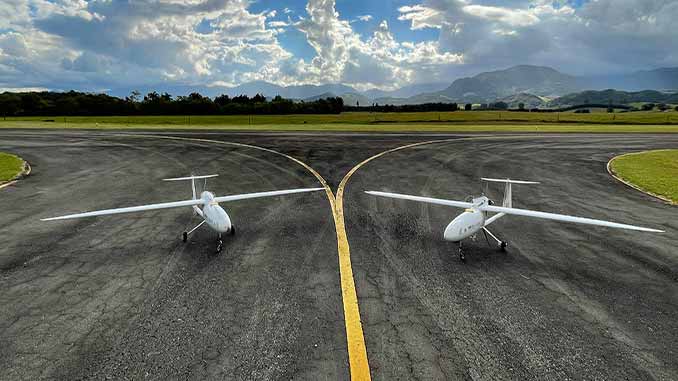 The use of drones has grown strongly in the past years. The first certified RPAS, RPAS 112 from the ENERGÍAS company, has recently been certified by the ANAC (National Civil Aviation Agency).

The brain of the RPAS-112 is the Veronte Autopilot from the Spanish company Embention. A leading company in the development of autonomous navigation systems for UAVs and eVTOL. Experts in critical components developed under the DO160, DO178C and DO254 certification standards.

Veronte Autopilot integration in the RPAS-112

The conventional fixed-wing type aircraft, with a wingspan of 4 meters and a length of 3 meters, has a height of 50 centimetres and a maximum take-off weight of 25 kg. In addition, it can fly beyond the line of sight (BVLOS), at heights
of up to 120 meters and up to 7 km from the take-off point.

The integration of the Veronte Autopilot in this fixed-wing platform provides the necessary sensors and algorithms for the autonomous control of the drone, regardless of its size, weight or shape. In addition, it allows automatic control of
the aircraft from takeoff to landing and includes user-customizable flight phases.

The system is fully configurable by the user up to the PID level, allowing the controller parameters to be defined for each phase of flight.

Beyond their operational performance, Veronte systems are designed and manufactured following the strictest safety and quality standards. They are developed in accordance with the main standards required by the aeronautical
authorities, DO160, DO254 and DO178. Thus, providing the RPAS-112 with maximum security and allowing its certification.

In 2017, the National Civil Aviation Agency (ANAC), the Brazilian civil aviation certification authority published the regulation called RBAC-E94, which defines a set of requirements for RPAS certification focused on airworthiness. The RPAS-112, in addition to all technical and operational requirements, had to comply with RBAC-E94.

The certification process was completed on Thursday, June 10, 2021, after three long years of hard work. During the process, Energías presented several technical reports, proposals and flight test reports. An important milestone was the CAVE issuance of ANAC, a Certificate of Authorization for Experimental Flights. This certificate allowed all development and certification flights to be carried out. Another important milestone was the permit granted by the Brazilian airspace
control agency (DECEA), NOTAM.

As highlighted by the Agency’s Airworthiness Superintendent, Roberto Honorato, “This approval issued by ANAC demonstrates the ability of technology to meet specific demands of society, for which the usual forms are expensive or even difficult to scale. Furthermore, the fact that this development is taking place in Brazil indicates that the design and manufacture of drones is increasing”.

At Embention, we are proud to help our customers achieve their goals, as their achievements are also ours. Thanks to its immense capabilities and its compliance with the aviation standards for certification, more and more platforms have our autopilot embedded in their systems. Helping, in this way, to enable drones to populate our skies.

No Replies to "RPAS 112 from ENERGÍAS, first certified RPAS in Brazil"