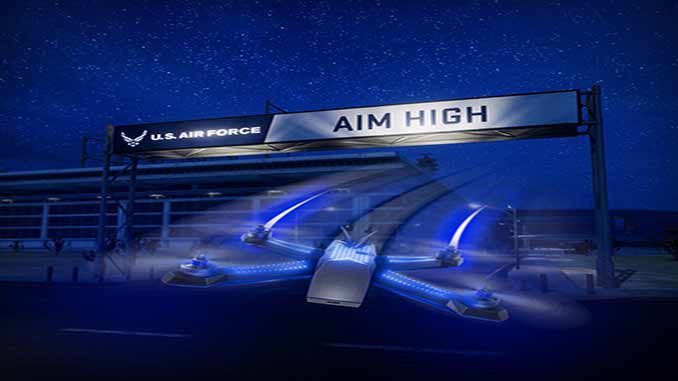 The United States Air Force and the Drone Racing League, the global, professional drone racing property, today announced a renewal and expansion of their partnership ahead of the 2021-22 DRL Allianz World Championship Season. Following a successful partnership with the league over the past four years, the U.S. Air Force added new DRL activations, including custom content, virtual drone racing experiences, and season-broadcast integrations that will inspire drone pilots everywhere to aim high and prepare to fly.

Tapping into DRL’s fans who are 23x more likely to follow the U.S. Air Force compared to the general U.S. population, this partnership will ramp up their pilot-recruitment efforts as the global drone market continues to grow to an expected $58 billion industry by 2026.

“The U.S. Air Force is the world’s greatest air power, and we need the best and brightest Airmen on our team to fly, fight and win. Working with the Drone Racing League is critical to boosting our recruiting pool, reaching millions of young fans, who include top drone pilots, engineers and technologists, and we’re excited to continue our partnership with this innovative league,” said Maj. Jason Wyche, Chief of National Events Branch at Air Force Recruiting Service.

The U.S. Air Force and DRL partnership activations include a new U.S. Air Force / DRL FPV 101 Series, featuring 50 video tutorials that will immerse drone fans into the world of FPV (First Person View) flight, educate them on basic maneuvers of drone-navigation, and gear them up with tips and tricks to fly drones like the DRL pros. The first clip will be released today on DRL’s Twitter, with more content rolling in throughout the remainder of the year.

Aspiring pilots will practice lessons from the FPV 101 Series in the U.S. Air Force Boneyard maps in the DRL SIM, the fastest, easiest, and most cost-effective platform for aspiring pilots to get the FPV drone skills they need, available on PlayStation, Xbox and Steam. The game includes a newly released Night Mode version of the Boneyard map, where players can fly through a deserted airport in the dark, featuring jet engines, blimps and branded gates along a long runway as obstacles. The day-time version of the Boneyard map hosted the highest-viewed 2020 DRL Allianz World Championship Season race, which saw 20 million fans tune-in on Twitter alone.

DRL SIM players will also design and develop custom drones in the recently rebranded U.S. Air Force Workbench. Choosing from tens of thousands of different drone combinations and over 60 skins, including a U.S. Air Force branded blue canopy, players will build unique quads that they can race in the U.S. Air Force Boneyard maps and other visually thrilling locations in the simulator.

About the U.S. Air Force
The mission of Air Force Recruiting Service is to inspire, engage and recruit the next generation of Airmen and Guardians. We are looking for America’s best and brightest to fill approximately 30,000 opportunities in more than 200 Air Force specialties, as well as more than 300 space professionals in approximately 27 specific career fields in fiscal 2021. Additionally, our total force partners, the Air Force Reserve and Air National Guard are collectively hiring more than 19,000 part-time Airmen. Our military recruits to retain, providing tough, highly technical training that gives our future service members the right skills to sustain the combat capability of America’s Air Force and protect our nation’s interests in space. For more information about Air Force and Space Force benefits and opportunities, go to www.airforce.com.

About Drone Racing League
The Drone Racing League (DRL) is an innovative global sports, entertainment and tech property. The best drone pilots in the world fly in the league and millions of fans watch them race on NBC, Twitter, and Facebook. Combining groundbreaking technology and immersive, high-speed races through virtual and live events, DRL is creating a new era of sports, combining both esports and real-life competition.