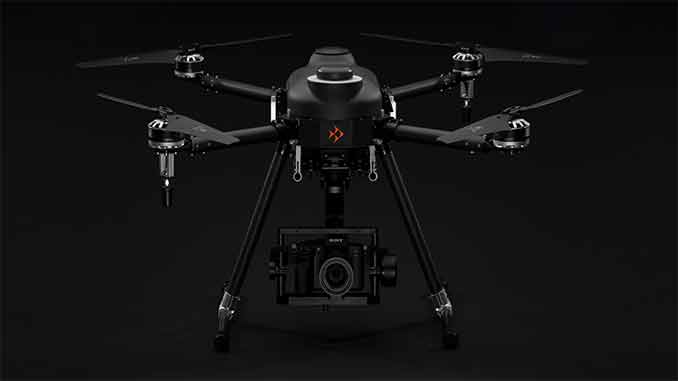 American autonomous drone maker Skyfish has secured over $20 million in a venture-backed Series Seed funding led by Henry Wolfond CEO of Bayshore Capital and Steven Bernstein the Chairman of SBA Communications. “After speaking with Skyfish customers, we quickly understood that Skyfish is unique in the commercial drone world, producing precise ‘engineering grade’ drone enabled photogrammetry and 3D Models of infrastructure,” said Bernstein. “These are the best cell tower digital-twin models I’ve seen and could significantly enhance the cell tower industry’s inspection, measurement and mount mapping processes.” Bernstein continued, “The Skyfish, team have invented an autonomous work drone for scanning infrastructure that enables detailed centimeter grade measurements of not only cell towers, but many critical infrastructure targets like; power lines, dams, bridges, electrical sub stations, wind turbines and airports.” “To date, Skyfish’s amazing photogrammetry has been a bit of an industry secret,” said Bernstein, “but now it’s time to tell the world.”

We are thrilled to have Steven and Henry advising the company,” said Dr. Orest Pilskalns, CEO of Skyfish. “Everyone talks about engineering grade measurement, but we actually deliver on that promise,” said Pilskalns. “Now engineers can feel safe signing off on drone enabled models because they are working with data they know they can trust.”

The funds are earmarked to grow customer revenue, expand drone manufacturing capacity, add to our existing talent pool, and to continue providing our customers with the great service and outstanding solutions they have become accustomed to. The funding comes on the heels of Skyfish being recognized as the industry leader in engineering grade photogrammetry and 3D Modelling for inspection, precision measurement and analysis of critical infrastructure.

About Steven Bernstein – Mr. Bernstein, 60, is the founder and Chairman of SBA

Communications NASDAQ: SBAC since 1989 and was the Chief Executive Officer from 1989 to 2001. Mr. Bernstein is also involved in a number of personal commercial real estate investments. Mr. Bernstein has a Bachelor of Science in Business Administration with a major in Real Estate from the University of Florida. Mr. Bernstein was previously a visiting professor at Lynn University, and serves on the boards of various local charities.