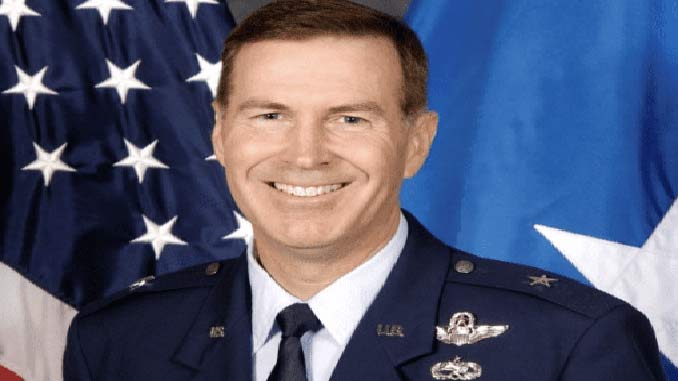 “When Easy Aerial Founders Ido Gur and Ivan Stamatovski first approached me with their vision, I was immediately impressed with their dedication and drive to develop market-leading solutions to protect and save the lives of our servicemen and women,” said Arquiette. “The company’s systems have already proven themselves as a force multiplier performing a range of missions for our armed services communities worldwide.”

“We thank Ret. Brigadier General Arquiette for his impressive three decades of honorable military service. Not only is he a decorated veteran and natural leader experienced in commanding large military organizations, but Steve has also proven himself as a successful executive in the private and non-profit sectors,” said Ido Gur, o-founder and CEO of Easy Aerial. “His reputation within the DoD and the US Air Force as a top performer is exemplary and demonstrates Easy Aerial’s commitment towards hiring veterans that share our vision to provide best in class autonomous solutions for protecting our armed forces.”

Arquiette has over 34 years of senior management experience in the military, non-profit and private sectors. As an Air Force Command Pilot and instructor, he has logged over 3500 flight hours in a range of aircraft, including the KC-135 Stratotanker, KC-10 Extender, C-5 Galaxy, C-17 Globemaster, and Gulfstream III & V. Arquiette also holds an FAA Airline Transport Pilot license with multi-engine certification.

His long and distinguished career in the service of his country includes the following roles and titles:

Arquiette’s roles in the private sector include serving as COO and Board of Directors of IBC Biofuels, a waste-to-biofuels development company, and as President of The American Association of Individual Investors Washington DC, an independent, non-profit corporation assisting individuals in managing their assets through education, information and research.

Easy Aerial is a leading provider of autonomous drone-based inspection and monitoring solutions for commercial, government, and military applications. Developed and manufactured in the United States, Easy Aerial’s free-flight and tethered drone-in-a-box systems are fully autonomous, modular, portable, and rugged, with the ability to operate in the most adverse weather conditions. They can be deployed anywhere for many mission-critical applications such as perimeter and border security, event monitoring, first responder support, agriculture monitoring, and industrial inspection without the need for a human operator. The company’s customer base includes military, government, aerospace, and commercial organizations, with systems operating worldwide. Easy Aerial was founded in 2015 and headquartered in Brooklyn, New York, with regional offices in Tel-Aviv, Israel, and Belgrade, Serbia.