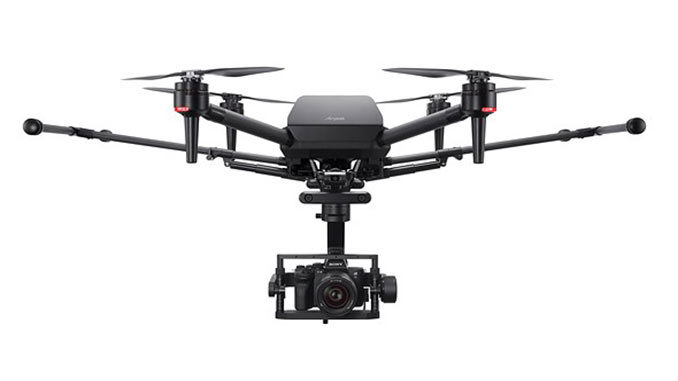 Sony Group Corporation (“Sony”) plans to release the “Airpeak S1” as the first model in Airpeak line, which has been developed with the intention of contributing to the further development of drones and the utmost in value creation. The commercial drone, Airpeak S1 will be the world’s smallest drone able to be equipped with a full-frame mirrorless interchangeable-lens α camera, enabling dynamic and precise flight with high agility by using a proprietary motor, propeller, control system and sensing technology, and supporting the creative expression of its users to the fullest. It also supports the production of high-quality aerial images with a remote controller that can control the aircraft at will, obstacle detection and automatic flight control via sensing, and increased flight safety via cloud management of the aircraft and flight information.

Stable flight even in strong winds

A wide range of cameras and lens options

“Airpeak Flight”, a remote controller with high operability and a mobile app that allows centralized control of the aircraft and equipment.

Integrated management in the cloud with “Airpeak Base”

No Replies to "Sony to Launch Professional-Use Drone Airpeak S1"