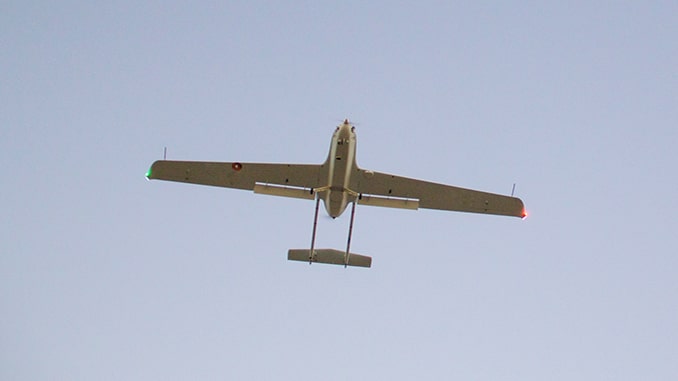 Trident Aerospace, the group’s Phoenix-based ISR Services company with a strong presence in Latin America, has announced that one of its customers has reached 4,000 flight hours in a continuous ISR services contract over a 24-month period. Providing persistent support for critical law enforcement operations and exceeding the contractual requirements of 1,500 flight hours per year.

“We are proud to announce this important milestone, achieved with a S45 BAALAM system from Hydra Technologies. The S-45s have successfully flown supporting the customer’s law enforcement operations and performed flawlessly despite challenging missions and sometimes extreme weather conditions,” said Robert Morris of Trident Aerospace. “This is only one example of the reliability of the S45 that has managed to be successful in supporting the customer’s needs at all times.”

Specifically designed for harsh weather conditions, the S-45 BAALAM UAV is a twin engine, tactical unmanned aerial system with an endurance of 12 hours, a command and control range of 75 miles and a 17,000 feet operating ceiling. Payloads include EO/IR as well as SIGINT and ELINT capabilities. Trident Aerospace offers contactor-owned/contractor-operated full ISR solutions, as well as the sale of their full unmanned aerial systems, for government institutions in border protection, law enforcement and intelligence support. The company also provides solutions for private sector customers such as utility, oil and gas companies through sophisticated aerial unmanned systems solutions, in addition to the unmanned systems.

Trident Aerospace and Hydra Technologies recently announced a broad ranging alliance that is certainly proving to be successful and especially beneficial for customers throughout the American continent, Africa and the Middle East.