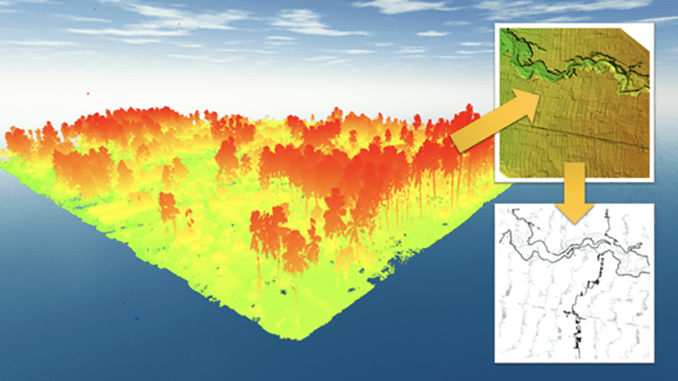 Terra Drone Corporation and its group companies have been conducting topographic surveys using drone LiDAR and photogrammetry in Asia, Europe, Middle East, Africa and other regions and expanding its drone survey capability globally.

Terra Drone Europe, a group company of the Terra Drone Corporation, has been conducting surveys with drone LiDAR and photogrammetry in the UK, Europe, Middle East and Africa. For some cases, due to the very undulating terrain of the area and its size, it was very difficult and time consuming to survey the area using conventional survey methods so that the drone LiDAR survey has been adapted to increase the efficiency and generate accurate 3D modeling.

In Japan, Terra Drone Corporation has completed drone LiDAR surveys of more than 700 projects in one year for baseline surveys. Most of the areas are covered by vegetation and the shape of the terrain is very hilly so there is a huge demand to get a Digital Terrain Model (DTM) for construction design.
The situation in Indonesia and Malaysia are very similar and drone LiDAR survey has been very beneficial for conducting baseline surveys for designing infrastructures, disaster management and mining explorations.
Terra Drone also has a global track record of handling surveys with fixed wings for massive areas up to a few thousand square km in multiple countries.

“We conduct surveys and inspections worldwide especially having a strong presence in Asia and Europe. In the future, we see a large potential in the Middle East and African markets to implement technology and experiences of drone LiDAR survey due to its rising demand for constructing new facilities and infrastructures. There are many benefits that drones can provide for large area surveys in general to increase its productivity and the quality of the outputs.” said Toru Tokushige, CEO of Terra Drone Corporation.