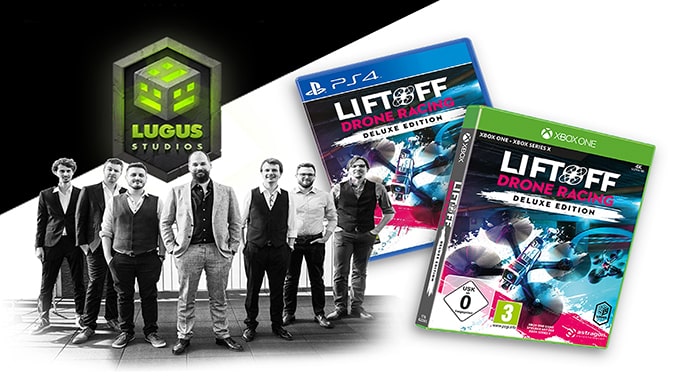 Red Cat Holdings, Inc., a hardware enabled, software provider to the drone industry, announced the signing of a letter of intent to acquire LuGus Studios, the developer of Liftoff, a flight simulation platform for drone pilot training. Liftoff enables student pilots to test and learn how to fly drones in a simulated environment without the cost and risk of flying a real drone.

“The projected growth of the drone industry over the next decade is predicted to result in a shortage of trained, qualified pilots” stated Jeffrey Thompson, Chief Executive Officer of Red Cat Holdings. “We believe that Liftoff can be the leading platform for simulating the flight experience that new drone pilots need to complete their training.”

LuGus Studios is an award winning team of software developers that produce clever on-line games which can be leveraged beyond just entertainment to provide critical educational and development applications for business. LuGus is planning to launch Liftoff Academy, a more expansive training platform which will teach drone pilots how to fly in various industrial environments including oil and gas pipelines, cell towers, and automotive manufacturing plants.

The signing of a letter of intent does not represent a binding transaction and there are no assurances that the transaction will be consummated. Completion of the transaction is subject to due diligence, preparation of legal documents and other normal closing conditions.

About LuGus Studios
LuGus Studios was founded in 2011 by Kevin Haelterman and Tom Lissens in Hasselt, Belgium. The company creates clever and attractive serious games that broaden the medium’s horizon. Their B2B ventures and strong IPs have garnered them many awards, including the Best Business Award at the 2019 Belgian Game Awards. Since 2015 LuGus Studios has been developing Liftoff: FPV Drone Racing, a market leading drone simulator that has also seen a console release. The Liftoff brand is currently being expanded into a series of dedicated drone simulations for both entertainment and industry applications. For more information, visit www.lugus-studios.be..

About Red Cat Holdings, Inc.
Red Cat provides products, services and solutions to the drone industry through its three wholly owned subsidiaries. Fat Shark Holdings is the leading provider of First Person View (FPV) video goggles to the drone industry. Rotor Riot, LLC is a leader in the sale of FPV drones and equipment, primarily to the consumer marketplace through its digital storefront located at www.rotorriot.com. Rotor Riot enjoys high visibility in social media through its Facebook page and its sponsorship of a professional drone racing team which has won numerous championships.  Red Cat Propware is developing a Software-as-a-Solution (“SaaS”) platform to provide drone flight data analytics and storage, as well as diagnostic products and services.]. Learn more at https://www.redcatholdings.com/.