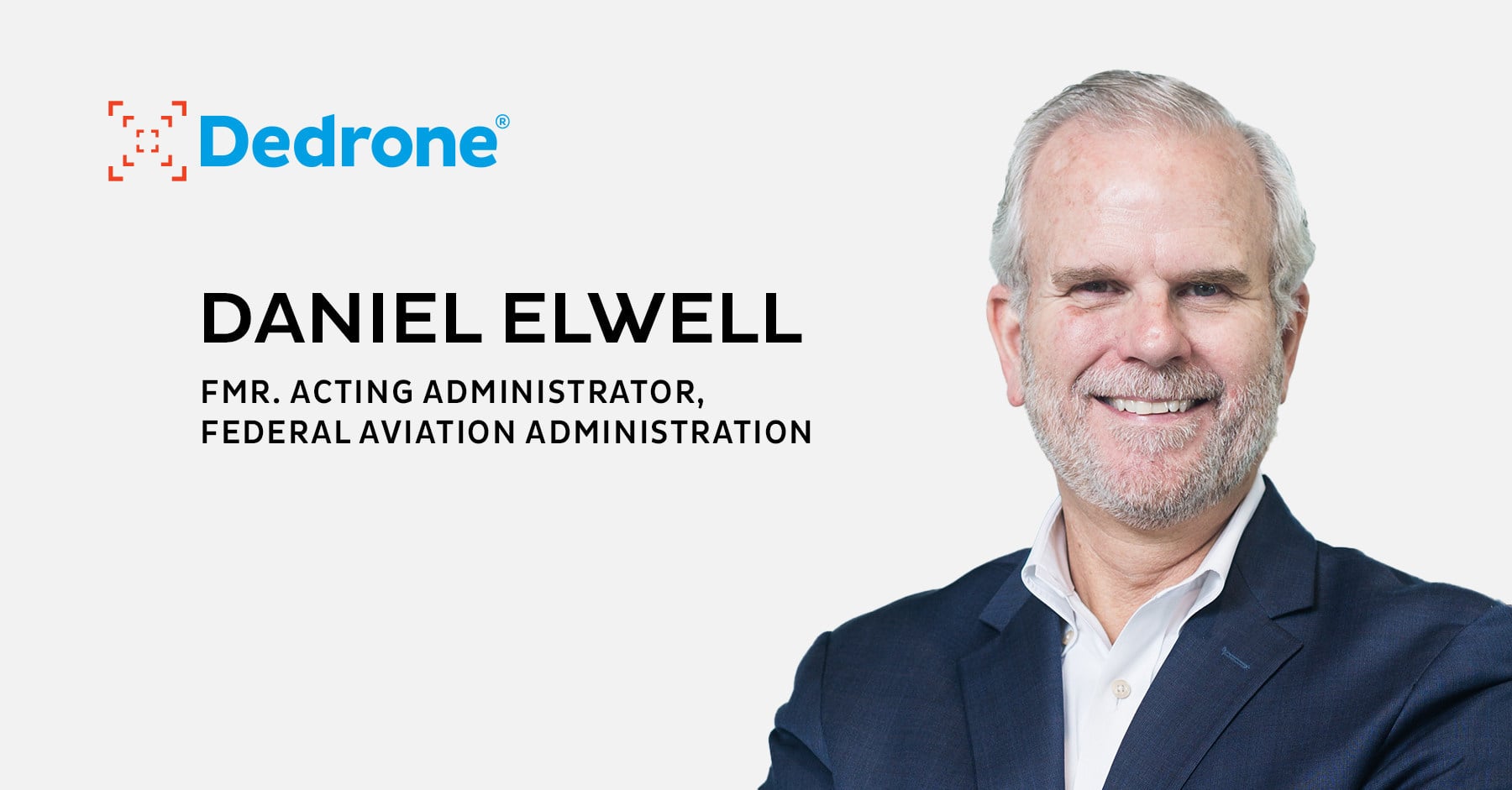 Dedrone, the leading provider of airspace security, today announces the retention of Daniel Elwell, former Federal Aviation Administration (FAA) Deputy and Acting Administrator, to their advisory board. Dedrone delivers complete airspace security to G7 governments, Fortune 500 companies, military operations, airports, and critical infrastructure facilities around the globe, protecting against unauthorized and malicious drones. At Dedrone, Elwell will advise the multi-national company on regulatory affairs and support the development of strategic initiatives in aviation and defense industries.

Mr. Elwell served as Deputy and Acting Administrator of the Federal Aviation Administration (FAA) from June 2017 to November 2020, where he was responsible for the regulation and oversight of civil aviation within the U.S., as well as operation and development of the National Airspace System, including the safe integration of drones into the national airspace. Before being appointed deputy administrator, Mr. Elwell was a senior advisor to Department of Transportation Secretary Elaine Chao. During his tenure as deputy administrator, Mr. Elwell served as Acting FAA Administrator from January 2018 until August 2019. Lieutenant Colonel Elwell retired from military service as a Command Pilot with the U.S. Air Force and U.S. Air Force Reserve, including combat service during Operation Desert Storm.

“The challenge of integrating drones safely into the national airspace is complex and unique and will continually evolve as more drones come to market and regulations and laws advance,” said Dan Elwell. “Dedrone is proven and qualified to address the threats that careless, clueless or criminal drone operators pose, from inadvertent entry into protected airspace to espionage, hacking, contraband delivery, and terrorist threats. Dedrone’s offering provides security leaders with an end-to-end solution from essential situational awareness of their airspace activity to mitigation, if authorized. As the drone and counter-drone markets grow exponentially, I look forward to working alongside Dedrone to deliver smart airspace security solutions to our world’s most critical sites.”

“Dan Elwell’s career with the FAA has been marked by his dedication to building a framework for the safe and cooperative integration of drones into our airspace, and Dedrone is dedicated to continue Dan’s efforts by developing and delivering cutting-edge airspace security services to customers around the world,” shares Aaditya Devarakonda, CEO of Dedrone. “On behalf of the Dedrone team, we are thrilled Dan has joined us and shares our mission to protect people, property and information from drone threats.”

A pioneer in developing drone regulations in the U.S., Elwell notably led the FAA’s UAS Integration Pilot Program and BEYOND programs, which brought together government and private sectors to test and evaluate the integration of civil and public drone operations into the U.S. airspace. Dedrone’s smart airspace security technology provides early warning, classification, location, and where permitted, mitigation of drones. In 2021, Dedrone announced their E.U. and U.S. Remote Identification capability, enabling customers to leverage global Remote ID standards to identify drones and their pilots.

Dedrone is the market leader in airspace security. Dedrone’s counter-drone system is trusted by hundreds of commercial, government, and military customers globally to protect against unauthorized small drones. With flexibility to host on premise, in the cloud or access via Dedrone’s Airspace Security-as-a-Service (ASaaS), Dedrone customers can detect, classify, locate and, where authorized, mitigate unauthorized drone threats. Established in 2014, Dedrone is headquartered in San Francisco, with operations in the Washington, D.C.-area, Columbus, Ohio, London, and Germany.