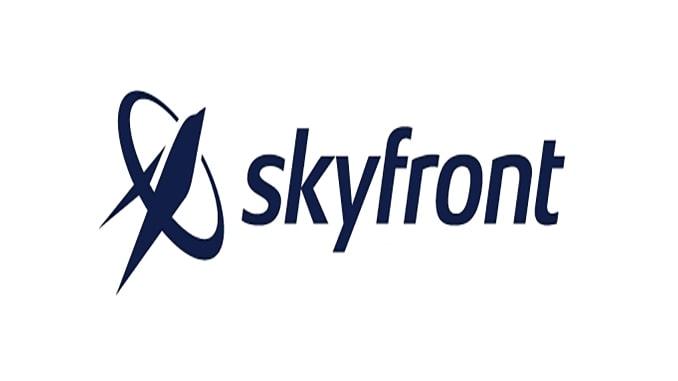 Skyfront, the leading manufacturer of long endurance gasoline-electric hybrid drones, broke the multirotor drone flight time record by staying airborne for 13 hours and 4 minutes and traveling a distance of 205 miles. The world record-breaking flight was achieved by the lightweight, powerful, and efficient Skyfront Perimeter 8—the company’s most advanced eight rotor drone designed to meet and exceed the capabilities of even the most advanced helicopters. The historic event was captured via the drone’s onboard 360 cameras, which can be seen here: http://bit.ly/SkyfrontWorldRecord

The secret behind their record-breaking flight is the Skyfront proprietary fuel-injected hybrid gasoline-electric powertrain. The powertrain replaces the battery and dramatically extends flight times by a factor of twenty. It is optimized for power and efficiency and is seamlessly integrated into the unmanned aerial vehicle (UAV) design to reduce weight and power consumption.

Founded in 2014, Skyfront drones are designed to solve flight time limitations and unlock the true economic potential of UAVs. Now, previously time-consuming missions can be performed in a single flight. Drone operators are freed from the fear of running out of power and from the hassle of constantly swapping and charging batteries. These advanced drone capabilities enable industries to finally scale their operations with ease.

“In an unheard of industry feat, our drone stayed aloft for the entire day,” said Skyfront CEO Troy Mestler. “Outfitted with an auxiliary fuel tank, the Perimeter 8 captured the sun traversing the sky, rising and setting over California’s Coastal Ranges. This flight signals a paradigm shift in aviation for public safety and commercial applications. No longer will police departments, fire departments, and utility companies have to spend huge sums of money on traditional helicopters to monitor, search, or rescue. Most importantly, no longer will we have to risk lives to save lives.”

Skyfront hybrid UAVs are built for maximum endurance—from mission-critical search and rescue to the latest commercial applications. Skyfront Perimeter multirotor drones are designed to fly beyond visual line-of-sight (BVLOS) more than 60 miles away to monitor, detect, and explore for a fraction of the cost of a manned helicopter. Skyfront is mission ready and deployed worldwide.

No Replies to "Skyfront Drone Sets Endurance and Distance Record of 13 hours, 4 minutes"