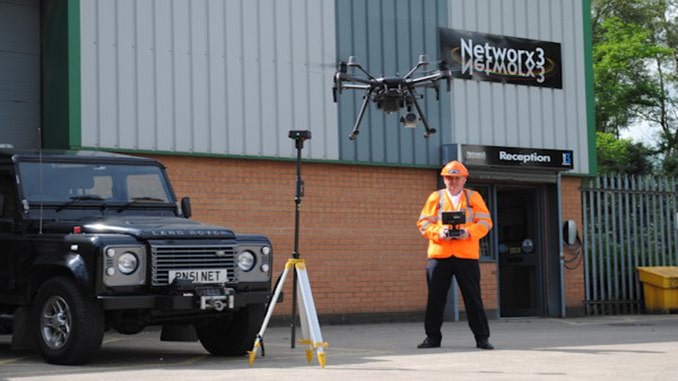 The non-profit membership organization represents drone users nationwide and promotes an industry which is predicted to be worth £42 billion to the UK economy by 2030.

With new rules governing drone use across the UK and Europe now in force ARPAS-UK’s role is set to become increasingly important.

Networx3 Drones became an ARPAS-UK member last year and joined the likes of drone operating companies, universities, and the emergency services among its ranks.

Ian was invited to join the ARPAS-UK committee of volunteers who give their time and expertise to the organization for free.

Networx3 founder and managing director Ian Ashworth said: “ARPAS-UK is the recognized body within the drone sector and I was honored to be asked to help shape the future of the organization.”

“As a member I know how valuable ARPAS membership is to Networx3 Drones as a business. I aim to bring valuable insight about what it’s like to operate a successful drone business in a time of great change, opportunity, and expansion in the sector.”

ARPAS-UK was set up in 2013 to provide a unified voice for the UK drone sector and win the ear of the Civil Aviation Authority, government, and other key stakeholders. It promotes best practices amongst its members and helps them build connections, keep up to date with legislation via the magazine and bulletin and raise the profile of the sector.

It regularly contributes to government inquiries and reports to make sure its members’ views are represented.

Many of the committee members are operators, business owners and providers of drone services to a range of industry sectors, something the organisation thinks is good to ensure they have awareness of the day-to-day issues faced by members.

Graham Brown, CEO of ARPAS, said: “We’re delighted to welcome Ian to our committee representing the UK drone industry. His enthusiasm, industry experience, and fresh pair of eyes will help ARPAS grow and develop during his two-year tenure. It’s great to have him on board.”

No Replies to "Networx3 Drones’ boss joins team at ARPAS-UK"