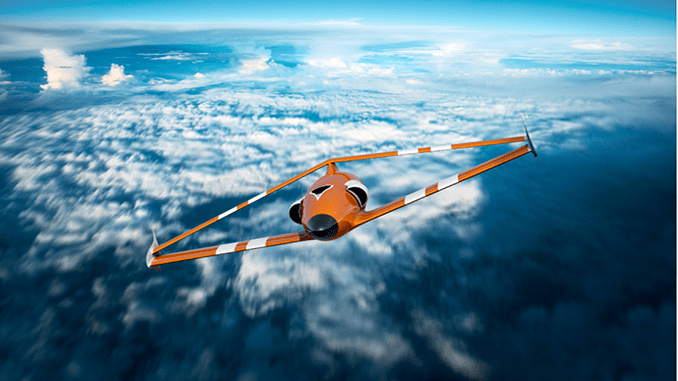 The aerodynamics formula of the rhomboidal wing is a technology breakthrough and was largely proven by FLY-R on its R2-150 and R2-240 UAVs. It has now been extended to new models of UAVs up to 6m wingspan.

The new project announcements from FLY-R also include the R2-HSTD, a rhomboidal wing Hight Speed Target Drone powered by a jet turbine.

FLY-R is also entering the final development test and qualification of its autonomous recovery system for fixed-wing UAVs on a moving platforms.

FLY-R has applied the rhomboidal configuration to a commercial aircraft thus bringing the advantages of an excellent aerodynamic efficiency and therefore high performances for low fuel consumption. The CR-1200 project is powered by a hybrid motorization system including two electrical motors. The rhomboidal configuration also translates in a small footprint on ground and short take-off and landing distances.

About FLY-R:
Formerly known as “Aero Composite Innovations”, FLY-R was created in 2013 by three engineers with 45 years of cumulative experience in the design, development, testing and qualification of fixed-wing unmanned aerial vehicles (UAV), for both civilian and defense applications.

The company, located on Réunion Island (France), is specialized in the design, development and manufacturing of unmanned aerial systems (UAS) using composite fixed-wing aircraft. It has unique know-how related to the Rhomboidal Wing Aerodynamic formula that presents numerous advantages and allows to improve on current applications and consider new ones for the aircraft of the future. FLY-R obtained the ISO 9001 and EN/AS/JISQ 9100 certifications in August 2019.