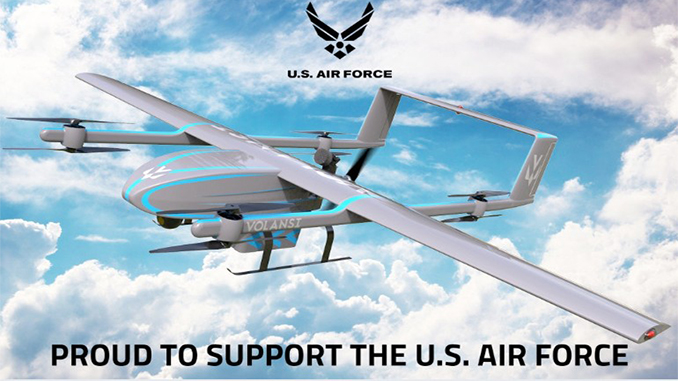 Volansi Set to Help the U.S. Air Force Build the Next Generation of UAS

Skyborg vendors will be tasked with designing specific, to-be-determined aspects of the Skyborg experimental aircraft. The goal of having multiple vendors is to establish a diverse and competitive vendor pool with several non-traditional and traditional contractors. The efforts of these combined capabilities will be game-changing to the warfighter.

“Instead of awarding a winner-take-all contract, AFLCMC created a pool of competent companies they can rely on to tackle different parts and problems,” said Hannan Parvizian, CEO and Co-Founder of Volansi. “Put these together and the net result will be a portfolio of innovative, state-of-the-art solutions AFLCMC can pull from.”

Simply put, Skyborg is building a foundation of autonomous technology that will create a powerful family of unmanned aircraft vehicles (UAV) to accomplish a wide range of complex mission sets, including those that are too dangerous for manned aircraft. This program will increase overall unmanned capabilities and be a force multiplier for the Air Force.

Fourteen of the “best in breed” aviation companies will work together to integrate autonomous attritable UAV technology with open missions systems to enable manned-unmanned teaming. This foundation of airborne autonomous will enable the Air Force to operate and sustain low-cost, teamed aircraft that can thwart adversaries with quick, decisive actions in contested environments.

What this means for Volansi

Volansi is at the forefront of shifting the logistics of supply chain management by changing the way items move from one place to another. This advancement is accelerating the world’s freedom from the limitations of traditional infrastructure. Think of it as Mobility 4.0. Volansi UAVs can deliver unpredictable supplies, high value materials and critical parts where and when they’re needed most. Customers save time and money by reducing downtime costs and unnecessary, redundant inventory. This autonomous technology will greatly benefit the Air Force as well as optimize the end user experience.

Working alongside such companies as Boeing, General Atomics Aeronautical Systems, Kratos Unmanned Aerial Systems and Northrop Grumman, Volansi’s participation in Skyborg could also open the door to new opportunities outside the project. “This is a great chance to bring recognition to our unique defense capabilities,” said Parvizian. “I am confident that our work with Skyborg will allow us to expand our service offering in terms of design, development, and production.”

As the leader in autonomous vertical take-off and landing (VTOL) capabilities, Volansi UAVs have the flexibility to takeoff and land wherever needed. This cabability enables aircraft to be runway independent and operate with minimal to zero infrastructure needs, even in the most remote, complicated terrian. Anytime, anywhere.

No Replies to "Volansi Set to Help the U.S. Air Force Build the Next Generation of UAS"