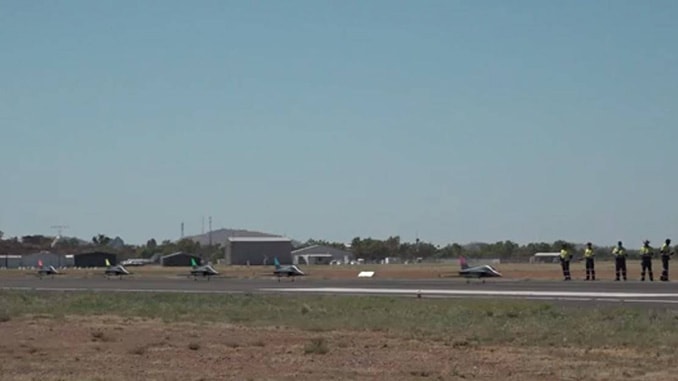 One of the world’s largest aerospace companies, Boeing, has tested its latest autonomy technology at Australia’s first commercial drone flight testing facility at Cloncurry Airport, thanks to a $14.5 million investment from the Palaszczuk Government.

The $14.5 million investment has delivered design, construction and support for the foundation stage of the drone test facility at Cloncurry Airport.

Deputy Premier and Minister for State Development, Infrastructure, Local Government and Planning Steven Miles said establishing the Queensland Flight Test Range was a key part of government’s strategy to support a diverse economy and bring high-technology industry and more jobs to the region.

“The construction phase of this state-of-the-art testing facility for unmanned aerial systems (UAS) supported more than 100 direct jobs in the region including five new apprenticeships.

“The facility is the largest of its kind in the southern hemisphere and includes a hangar, buildings for office space and monitoring equipment, range control systems, a surveillance radar and amenities.

“The centre has now hosted its first test flights, by aerospace giant Boeing.

“Boeing Australia tested their advanced autonomy project including brain-on-board technology over 10 days in Cloncurry, flying up to five high performance test aircraft in a team for the first time.

“To enable instrumented testing of this calibre to occur right here in Queensland is something that makes us extremely proud.”

Global defence technology company QinetiQ was appointed to design and construct the facility, establish the flight test range and manage this foundation stage of the drone testing facility.

“It will be a critical component in the overall drone ecosystem, as an enabler and connector of high-technology UAS programs and initiatives,” Mr Barsby said.

Director of Boeing Phantom Works International Emily Hughes said the company was proud to be the first user of the site and would take the opportunity to continue flight trials on key autonomous projects.

“The facility will provide excellent conditions to test a range of airborne test beds, which is part of an autonomy R&D program that’s heading toward new autonomous product and prototypes,” Ms Hughes said.

The Deputy Premier said Queensland was leading the way in UAS, with the Queensland Government proud to be the first in Australia to launch a drone strategy and the state being the primary assembly location of the unmanned Boeing Airpower Teaming System, pending production orders.

“We’re continuing to unlock global defence and aerospace opportunities for Queensland, and this means more jobs.”