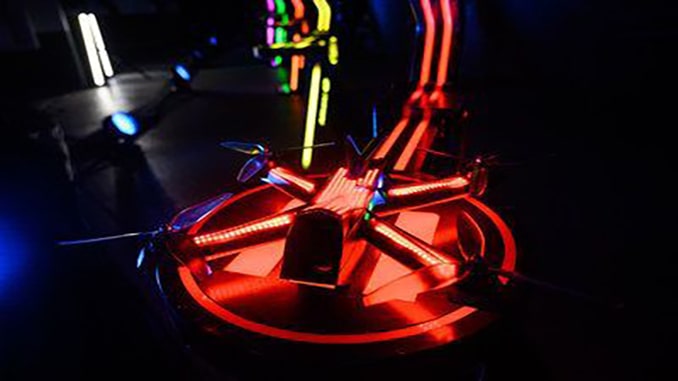 “DRL continues to attract incredible partners, including BODYARMOR, Champion, and RESPAWN,” said DRL President Rachel Jacobson. “Our sport delivers the next generation of fans that are difficult to reach through traditional channels. We are scaling professional drone racing together with bold, forward-thinking partners that embrace the new playing field of sports.”

The partnership with BODYARMOR marks another breakthrough for DRL, as it will be the first time the innovative, premium beverage brand will foray into the growing world of esports and gaming. BODYARMOR has incredible momentum and continues to expand its portfolio with key partnerships with MLS, UFC and most recently – the U.S. Open. Entering into the fast-paced world of professional drone racing, BODYARMOR will be showcased by DRL through in-season product placement integrations and unique social content – much like this video of BODYARMOR flying FPV (First Person View) on a drone operated by 2018 DRL Allianz World Champion NURK.

“The Drone Racing League is one of the most exciting sports properties today, and we are thrilled to partner with them as we establish our first-ever esports partnership,” said Michael Fedele, Vice President of Marketing at BODYARMOR. “This partnership with DRL creates a tremendous opportunity for BODYARMOR to engage new fans and consumers nationwide and play an important role in the hydration needs of some of the world’s most elite drone pilots and athletes.”

Starting Sunday, November 22nd, Champion will release a new product line dedicated to drone racing fans expanding on their desire to be at the forefront of new sports and sports-style that appeals to their consumer base. The merchandise collaboration includes an all-new, limited-edition DRL Flight Suit sweatshirt and sweatpants available on Champion.com and DRL.io. DRL’s 2020 Season will feature a national commercial spot promoting Champion’s racing set as part of a digital campaign, #AMillionChampionsFlying, to encourage fans to share photos of them flying on the DRL SIM or in the real world.

“As a brand that embraces innovation, sports and sportstyle Champion is thrilled to team up with The Drone Racing League and offer the ultimate flying uniform for next generation sports fans and pilots to be their own champion — in the DRL SIM game, in the air, and IRL,” said Champion Group President of Global Activewear, Jon Ram.

Throughout the 2020 Season, DRL pilots will compete for the Allianz World Champion title from sleek, ergonomic RESPAWN gaming chairs.

These new additions add to an ever-growing list of DRL partnerships.

No Replies to "DRL Partners with BODYARMOR, Champion Athleticwear and RESPAWN as 2020 LIVE Racing Season Begins"