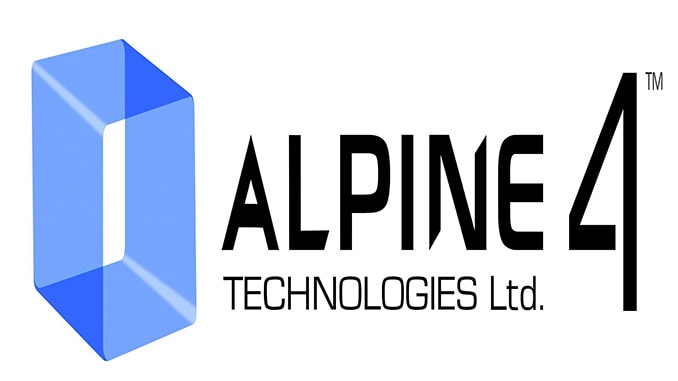 Kent Wilson, CEO of Alpine 4, had this to say, “The essence of Alpine 4 is our business model of DSF-  Driver, Stabilizer, Facilitator.  For the past 4 years, we have been actively acquiring revenue-generating companies that fall into the Stabilizer and Facilitator categories.  We purposefully did this to add infrastructure and substance to our corporate holdings.  The Driver category is a whole different animal and typically consists of companies that are early revenue but have the potential for explosive growth and opportunity.   I recognized early on that Impossible Aerospace (IA) was what I call a unicorn Driver company.   They checked off all the boxes; patented or patentable IP, leading-edge but not bleeding edge technology, well-funded development behind its IP, and a market space of $5 billion or larger.  Couple that with the fact that Alpine 4’s subsidiary, Quality Circuit Assembly, Inc. has been building many of the essential components that go into Impossible Aerospace’s revolutionary US-1 drone, furthering our desire to make the acquisition.

Early in the manufacturing relationship with Impossible Aerospace (IA), I expressed my interest in Alpine 4 one day acquiring IA to our sales leadership team at QCA. This year we were able to have a substantive dialogue with Spencer Gore, the CEO of IA, about what a transaction might look like.  We both agreed that Alpine 4 and its vast manufacturing resources and commercial connections would make IA a home run in the Alpine 4 umbrella of companies.”

Spencer Gore, CEO of Impossible Aerospace commented, “Alpine 4 and Impossible Aerospace are combining with a simple mission: to build the nation’s most vertically integrated UAV manufacturer. While most domestic drone makers today rely on a jumbled network of third-party vendors for key components, we envision a single factory that receives raw materials in one door and ships validated aircraft out the other — enabling better products, faster development cycles, and higher profit margins. Impossible Aerospace’s shareholders all believe the long-term growth opportunity of the combined company exceeds that of its parts, and are excited to take this next step on the fulfillment of our mission to build the world’s most capable aircraft.”

Impossible Aerospace:  IA builds high-performance electric aircraft that save lives. Founded in 2016 by former Tesla engineer Spencer Gore, the company unveiled its US-1 aircraft in 2018, unique for its long endurance and U.S. origin. The company was formerly backed by Bessemer Venture Partners, Eclipse Venture and Airbus Ventures.

No Replies to "Alpine 4 Technologies, Ltd. Enters the Commercial Drone Market With its Acquisition of Impossible Aerospace Corporation"