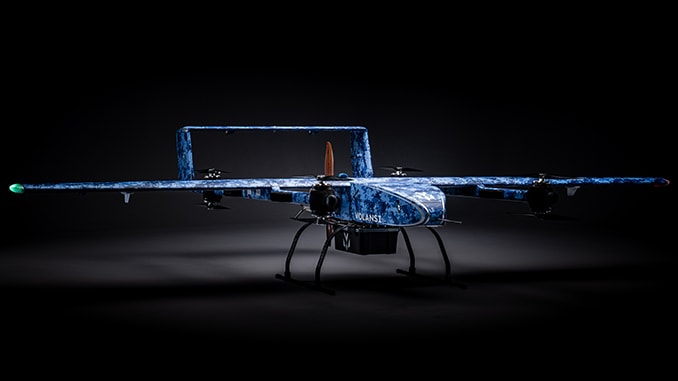 Volansi, Inc., the leader in vertical take-off and landing (VTOL) middle-mile drone delivery services, is pleased to announce the opening of a new facility in Oregon’s Bend area. The location will support the company’s expansion as it develops, produces, and tests its next generation of industry-defining delivery aircraft. The facility will also manufacture Volansi’s existing unmanned aerial vehicles (UAVs, or more commonly known as drones) in production.

“We have always applied a rapid, iterative approach more commonly used in robotics design or software development when innovating with our technology. With deep industrial roots, a rich talent pool, and mostly year-round good weather, the fast-growing Bend metro area was the obvious choice for co-locating the development, production, and testing of our aviation technology,” said Hannan Parvizian, Co-Founder and CEO of Volansi. “We look forward to joining the community and making the Bend area our second home.”

Volansi utilizes drone technology to provide delivery services to enterprise customers in the medical, oil & gas, mining, and defense industries. The company has on-going operations in Africa, the Caribbean, and the US.

Volansi develops, manufactures, and operates its own aircraft, including the first-of-their-kind VOLY C10 and VOLY M20 autonomous drones. The VOLY C10, the workhorse of Volansi’s UAV fleet, carries up to 10-pounds of cargo over 50 miles. Notably, Volansi’s recently announced, on-going drone delivery project in North Carolina demonstrates the VOLY C10’s hybrid eVTOL fixed-wing flight system, making it one of the only drone delivery services capable of transporting fragile, temperature-controlled vaccines.

The VOLY M20 is a dual role aircraft with the ability to simultaneously carry up to 20-pounds of cargo, in addition to 10-pounds of sensor payloads. It has a 350-mile range, a cruising speed of 75 mph, and more than eight hours of endurance for sensor operations.

The expansion into the Bend area comes on the heels of the company raising $50 million in a Series B round of financing. This new funding allows Volansi to expand its team and facilities, launch new projects, and scale current initiatives in emerging markets and the US.

“Central Oregon and the Pacific Northwest provide amazing access to great talent, a plethora of supply chain options, and an excellent operating environment,” said Mike Jackson Volansi, Vice President of Global Operations. “We feel the area is very well positioned to support both our growth potential and our pending production requirements.”

Volansi also has locations in the San Francisco Bay Area and Arizona.

Volansi provides fast, on-demand aerial delivery services for time-critical shipments over long ranges. We build and operate long-range, heavy-payload drones for commercial, defense, and humanitarian applications. Leveraging drone technology as a transportation method, we help our customers gain control of their supply chain by delivering critical equipment (and aid) where it otherwise faced unpredictable delays – helping to save time, money, and lives.