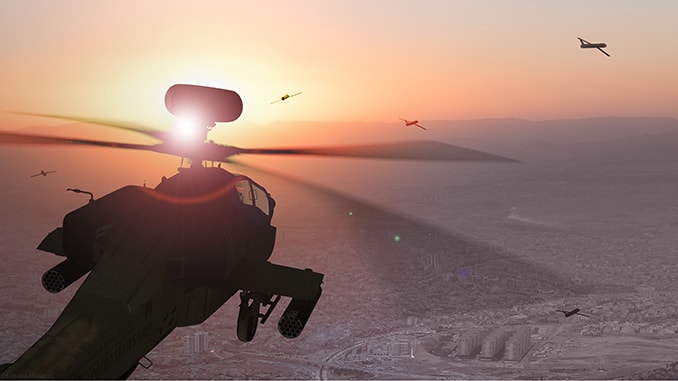 BAE Systems has been awarded multiple contracts from the U.S. Army to develop key technologies for the Advanced Teaming Demonstration Program (A-Team). BAE Systems was the only company awarded contracts for three of the program’s four focus areas, designed to advance manned and unmanned teaming (MUM-T) capabilities that are expected to be critical components in the U.S. Army’s Future Vertical Lift (FVL) program.

In order to combat the increasingly complex, contested, and communication-denied battlespace presented by near-peer adversaries, the U.S. Army developed the A-Team program to create an automated system to offload the cognitive burden of pilots while enabling them to command swarms of unmanned aircraft.

“Our mature autonomy technology, which is the basis of our offering for the A-Team program, will greatly increase the warfighter’s ability to have a complete view of the battlespace and streamline decision making,” said Chris Eisenbies, product line director of the Autonomy, Control, and Estimation group at BAE Systems’ FAST Labs™. “Future conflicts will include manned and unmanned teaming and increased automation in highly contested environments, helping to enable mission success.”

BAE Systems was selected to deliver a highly automated system to provide situational awareness, information processing, resource management, and decision making that is beyond human capabilities. These advantages become exceedingly important as the Army moves toward mission teams of unmanned aircraft that will be controlled by pilots in real time.

The program will leverage the Future Open Rotorcraft Cockpit Environment Lab to conduct simulation tests and demonstrations with products from different contractors in consideration of transition to the FVL program.

Work for the program takes place at the company’s facilities in Burlington, Massachusetts, and San Diego, California.