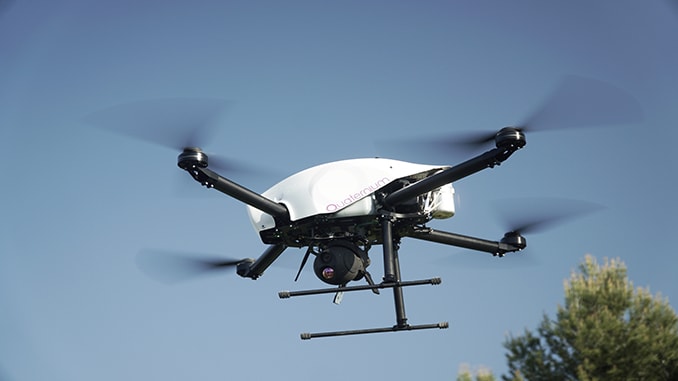 The inventor of hybrid drones made history again with an impressive hovering flight of 10 hours and 14 minutes with their world leading fuel/electric multirotor HYBRiX.

For this quest, Quaternium has partnered with the pioneer EFI manufacturer Löweheiser, a company that has designed the smallest fuel injection in the market, specifically optimized for unmanned aircrafts.

The unprecedented flight started at 8:20h. in the morning with an experimental version of HYBRiX drone with a full tank of 16 liters. The drone landed at 18:34hr. after 10 hours and 14 minutes in the air.

Several enhancements were made on HYBRiX to achieve this milestone but the most exciting was partnering with EFI company Loweheiser, as Alicia Fuentes, CEO at Quaternium, explained: “We are convinced that the cooperation with Löweheiser is a unique opportunity to develop new capabilities and meet our ambitious goals for 2021. This collaboration is going great and we are confident that it is going to be really beneficial for both sides”.

Multicopters are the preferred aerial platform for aerial applications, but their limited endurance makes them useless for many commercial missions. HYBRiX technology overcomes the primary limitation of multirotor drones, which is limited flight time. Thanks to this huge advantage in flight time, HYBRiX is the ideal aircraft for aerial missions such as surveillance or first response.

When the EFI from Löweheiser is added to the equation, the flight time of this hybrid drone is enhanced and its reliability, significantly increased, being able to easily adapt to any variation on the climatic conditions. Thanks to the small size of this  state-of-the-art fuel injection it was possible to integrate it on the aircraft specifically built for the record without losing any performance, since its weight is almost the same as the carburetor version.