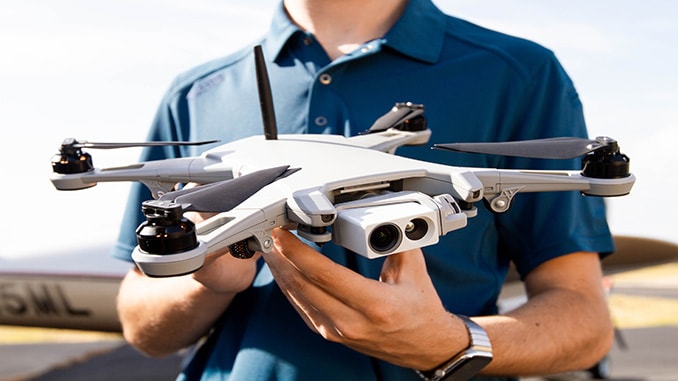 Teal today announced the public launch and immediate availability of Golden Eagle, a new US-made commercial drone system that provides aerial surveillance and awareness through scalable, secure, and rugged technology. Designed and manufactured entirely in the US to ensure the highest levels of data security and performance, Teal already has pilot programs running at Fortune 500 companies, as well as many government agencies. Golden Eagle serves as a dual-use platform and was recently selected as an approved system for the Department of Defense and Federal Government as part of DIU’s Blue sUAS Project and will soon be available on the GSA schedule.

“Golden Eagle is the system we’ve always wanted to build. It’s the culmination of five years of work to bring to market a combined hardware and software platform that maintains the ethos of Teal One, but with new industrial-grade technology ready for the most demanding aerial operations,” said George Matus, founder and CEO of Teal. “From the beginning, we’ve worked to build unmanned systems to be more than just flying cameras. Golden Eagle fulfills that vision and more, equipping businesses and government agencies alike with a scalable, secure, and rugged system that keeps them informed and protected in the field.”

US businesses are deploying drones in unprecedented numbers, with applications ranging from agriculture and public safety to construction and emergency services. Recent numbers from Barclays estimates the global commercial drone market will grow tenfold to $40 billion in five years. Teal is the only company among those behind this growth that offers a fully US-made system and with production capabilities to scale and drive mass adoption. Teal is immediately focused on bringing Golden Eagle to customers in civil and defense, as well as in commercial industries, including agriculture, surveying, construction, energy, and logistics.

Golden Eagle equips customers for the most demanding aerial operations. It’s as simple to unleash advanced capabilities and solve critical problems, as it is to deploy and start flying on day one.

About Teal
Teal is redefining what unmanned systems can achieve. A leading U.S. drone manufacturer since 2014, the company provides superior aerial surveillance and awareness for inspections and short-range reconnaissance. Its leading-edge, compliant unmanned systems inform and protect many of the Fortune 500, as well as many government agencies, with scalable, secure, and rugged drone technology.