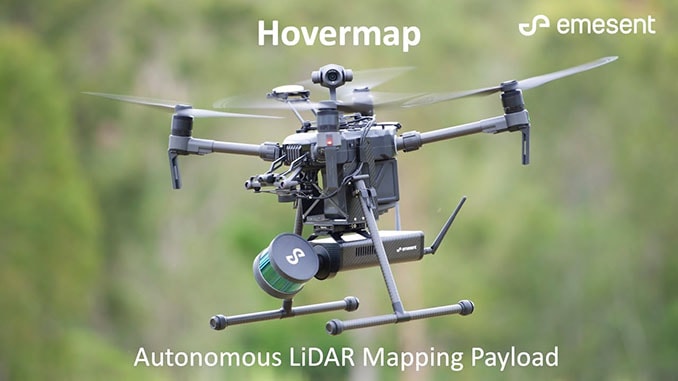 Drone autonomy technology developed by Australian high-tech company Emesent has allowed DJI’s M300 drone to fly autonomously underground in what’s believed to be a world-first for the platform.

The flights took place on 4 August at the Round Oak Mt Colin copper mine in Cloncurry, Queensland. and were followed by similarly successful flights at another underground mine in North Queensland on the 13th of August.

Emesent’s Hovermap LiDAR mapping and autonomy payload was used to add advanced autonomy to the newly launched DJI Matrice 300 RTK (M300). Coupling Hovermap with the M300 allows users to let the drone fly autonomously and safely into GPS-denied or inaccessible environments, such as densely packed warehouses, the undersides of bridges and in underground mines.

Mt Colin mine surveyor Ashley Tibbles said the Emesent technology would enable Round Oak to safely access complex locations quickly, and to a high degree of detail.

“Quality data has always been integral to safety and productivity in the underground mining sector,” Tibbles said. “The Hovermap provides an unparalleled platform to deliver this.”

Emesent CEO Dr Stefan Hrabar said the success of the underground flights with the Hovermap-enabled M300 will open up new possibilities for underground mines.

“The M300 is an excellent match for carrying Hovermap underground because of its flight endurance, IP rating, and ability to carry additional sensors such as cameras. This will allow valuable data capture further into inaccessible areas of the mines.” Dr Hrabar said.

“Robust underground flight technology can significantly extend the capability of industrial drones and will deliver real benefits to the mining, construction and emergency response sectors.

“We’re looking forward to partnering with customers to help them derive competitive advantage from this breakthrough technology.”

Emesent is a world-leader in drone autonomy, LiDAR mapping, and data analytics. Founded in 2018, Emesent has since built a reputation for delivering high-quality data capture in the mining, infrastructure, survey and mapping industries. Their flagship product, Hovermap, is a smart mobile scanning unit that combines advanced collision avoidance and autonomous flight technologies to map hazardous and GPS-denied environments. Hovermap is uniquely versatile, it can be handheld, drone- or vehicle-mounted to map challenging, inaccessible areas. With a wide range of applications, Hovermap is being used by customers around the world.