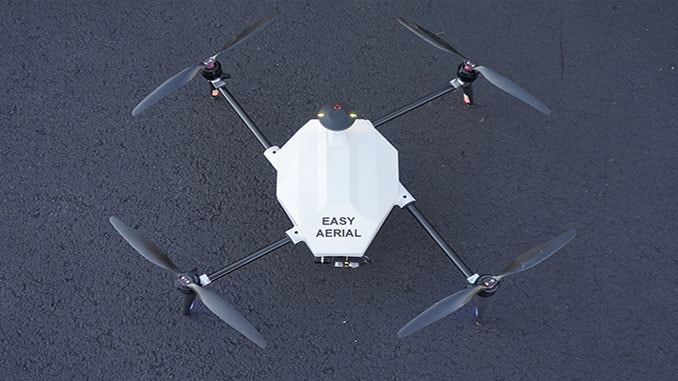 Easy Aerial, a leading provider of autonomous drone-based monitoring solutions for commercial, government, and military applications, announced today that it has successfully raised $6.15M in Series A funding.

This funding round was led by the same private investment group that participated in the company’s initial seed rounds totaling $4.75M between 2017 and 2019. The oversold round, which was closed prior to its opening, also saw the participation of several new strategic investors.

The lead private investment group’s continual support and sustained investment in Easy Aerial, along with the addition of new strategic investors, is a testament to the tremendous confidence the private investment community has in the company, even amidst COVID-19-related uncertainties.

The new investment round will enable Easy Aerial to further capitalize on its position as a leading innovator in autonomous monitoring solutions. This includes rapidly scaling to meet growing commercial, government, and military demand in both the United States and internationally and adding new sales and support offices in Israel.

“New product innovation is a key area of focus for Easy Aerial, and this investment means we have the resources to develop game-changing, robust, and versatile systems that define the reputation and execution excellence that is inherent in our mission,” said Ido Gur, Co-Founder, and CEO of Easy Aerial.

Designed and manufactured in the United States, Easy Aerial solutions are rugged, durable, all-weather capable, and designed to operate in the most inhospitable environments with little to no infrastructure support. The company’s line of Smart Aerial Monitoring Systems (SAMS) includes free-flight and tethered autonomous systems that accommodate a variety of sensor payloads. With the ability to deploy anywhere, the systems take off and land from a portable, rechargeable enclosure without the need for on-site human intervention.

Easy Aerial is a leading provider of autonomous drone-based monitoring solutions for commercial, government, and military applications. Developed and manufactured in the United States, Easy Aerial’s free-flight and tethered drone-in-a-box systems are fully autonomous, modular, portable, and rugged, with the ability to operate in the most adverse weather conditions. They can be deployed anywhere for a multitude of mission-critical applications such as perimeter and border security, event monitoring, first responder, agriculture monitoring and industrial inspection, without needing a human operator. The company’s customer base includes military, government, aerospace, and commercial organizations in North America, Europe, Africa, and Asia. Easy Aerial was founded in 2015 and is headquartered in Brooklyn, New York, with regional offices in Tel-Aviv, Israel, and Belgrade, Serbia.

Learn more by visiting us at www.easyaerial.com

DJI Drives The Future Of Commercial Drones At AirWorks 2020

No Replies to "Easy Aerial Announces $6.15M in Series A Funding"