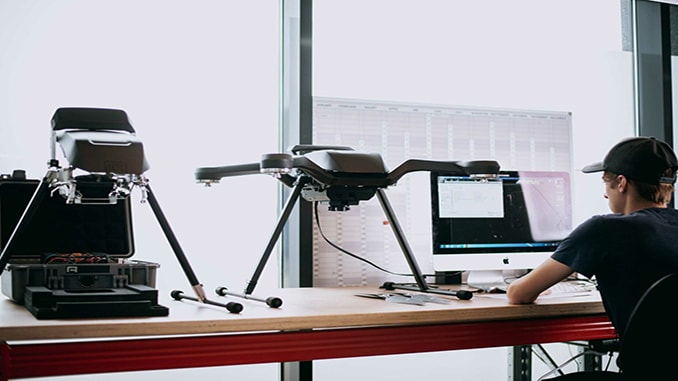 Acecore Technologies, developer and manufacturer of high end European made commercial multirotors, announced that the company will start supplying drone subassemblies to third party developers. This ‘Acecore Developer’ program is aimed at innovative businesses that want to get into the UAV market and are looking to outsource the production of the drone itself.

The Acecore Developer concept was brought to life after the company saw an increase in demand from developers that were looking for a bare bone drone platform to use as a fundament for their innovation. Companies that specialize in artificial intelligence, energy robotics or any other emerging industry can now get into the UAV market without the need to build a new drone from scratch.

Acecore offers pre-assembled bare bone versions of its three drones that have all essential components installed and calibrated, including the open source Cube flight-controller. Under the revised terms & conditions, developers can modify the drone’s hard- and software to fit their requirements. In a later stage, these developers can sign an OEM agreement enabling them to distribute the final product under their own brand name.

To facilitate the integration of third party hardware, the three Acecore Developer editions drones offer several mounting options. Many integral parts are swappable and upgradable- batteries, landing gears and entire booms can be interchanged. Smaller electronics such as the IMU, GPS and flight controller can be removed and replaced as well. The drones’ excess interior and exterior space offers developers room to integrate additional sensors, antennas and microcomputers. Payloads connect to the drone through an internally stabilized Gremsy quick release as standard.

By standardizing the product and thus optimizing the production process while cutting down the cost price of each drone, Acecore have been able to offer these developer kits at the prices as displayed above. Each Acecore Developer Kit (ACE-DK) comes as an unpainted, raw, carbon fiber drone with only the essential components installed. Any additional functionalities, modules or payloads should be installed by the developers themselves.

Acecore maintains a limit of three units per customer, excluding any units sold under a personalized OEM agreement.

Companies can become an Acecore Developer by filling in the contact form at the bottom of the program’s official website or send and email to sales[at]acecoretechnologies.com.