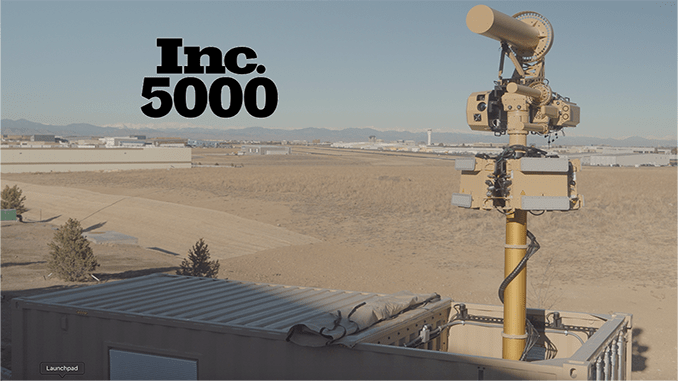 Inc. magazine today revealed that Liteye Systems, Inc. is No. 1513 on its annual Inc. 5000 list, the most prestigious ranking of the nation’s fastest-growing private companies. The list represents a unique look at the most successful companies within the American economy’s most dynamic segment—its independent small businesses. Intuit, Zappos, Under Armour, Microsoft, Patagonia, and many other well-known names gained their first national exposure as honorees on the Inc. 5000.

“We are honored to make this distinguished list that has previously included such notable companies” said Kenneth Geyer, CEO and Co-Founder of Liteye Systems, Inc.  “Liteye’s growth as an organization has only been achieved through hard work by our employees, partners, and end-users who all deserve credit in our success!”

Not only have the companies on the 2020 Inc. 5000 been very competitive within their markets, but the list shows staggering growth compared with prior lists as well. The 2020 Inc. 5000 achieved an incredible three-year average growth of over 500 percent, and a median rate of 165 percent. The Inc. 5000’s aggregate revenue was $209 billion in 2019, and accounting for over 1 million jobs over the past three years.

Complete results of the Inc. 5000, including company profiles and an interactive database that can be sorted by industry, region, and other criteria, can be found at www.inc.com/inc5000. The top 500 companies are also being featured in the September issue of Inc., available on newsstands August 12.

“The companies on this year’s Inc. 5000 come from nearly every realm of business,” says Inc. editor-in-chief Scott Omelianuk. “From health and software to media and hospitality, the 2020 list proves that no matter the sector, incredible growth is based on the foundations of tenacity and opportunism.”

The annual Inc. 5000 event honoring the companies on the list will be held virtually from October 23 to 27, 2020. As always, speakers will include some of the greatest innovators and business leaders of our generation.