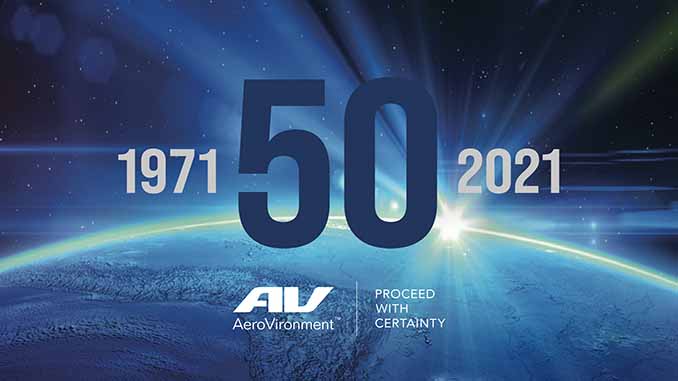 In the 1970s, AeroVironment founder Dr. Paul B. MacCready, Jr. became the first to design and build an aircraft that successfully achieved controlled human-powered flight, giving birth to the company’s reputation of achieving the impossible in aerospace engineering. Now, as the company begins its 50th year in business, it’s preparing to break yet another barrier by enabling a first-of-its-kind mission on Mars.

AeroVironment began operations in 1971 as a small engineering firm focused on applying aerodynamic principles to solve important challenges facing the world. Since its founding, AeroVironment and its innovators have done just that.

Following groundbreaking human-powered aircraft including the Gossamer Condor and Gossamer Albatross, AeroVironment proceeded to reshape the battlefield as the leader in tactical unmanned aircraft systems (UAS), including Raven®, Puma™, Wasp® and Quantix™ Recon, and tactical missile systems with Switchblade® and Blackwing™.

AeroVironment also pioneered the concept of high-altitude solar-powered UAS, setting world unmanned flight and telecommunications records at the turn of the millennium with Helios and Pathfinder Plus. Today, AeroVironment’s HAPSMobile Inc. joint-venture with SoftBank Corp. has led to the next evolution in stratospheric unmanned flight with the development of the Sunglider solar-powered high-altitude pseudo-satellite (HAPS), currently undergoing testing at Spaceport America in New Mexico.

But AeroVironment isn’t stopping at the outermost regions of Earth’s atmosphere. The company will further humanity’s exploration of our solar system and its search for evidence of life beyond Earth when NASA’s Perseverance Rover departs on its seven-month journey to Mars this summer. Secured to the underbelly of Perseverance is the Ingenuity Mars Helicopter, which will be the first aircraft to attempt controlled flight on another planet.

Ingenuity is the brainchild of Dr. Bob Balaram of NASA/JPL. AeroVironment began working on the concept of a Mars helicopter with Dr. Balaram in the 1990s and collaborated with NASA/JPL in the development and testing of Ingenuity. The atmosphere of Mars is very similar to that of the Earth’s stratosphere at 100,000 feet above sea level. Applying their knowledge from past stratospheric unmanned solar flight programs with Helios and Pathfinder Plus, AeroVironment’s engineers designed and developed Ingenuity’s airframe and major subsystems, including its rotor, rotor blades, hub and control mechanism hardware, propulsion motors, landing gears, power electronics and the thermal enclosure for JPL’s avionics, sensors and software systems.

“Throughout our history, customers have presented us with challenges that seemed impossible, but instead of viewing these as barriers, we choose to see them as opportunities at AeroVironment,” said Wahid Nawabi, president and chief executive officer of AeroVironment. “Whether it’s aerial robotics, flying robotic hummingbirds, interplanetary drones, or ‘what’s coming next’ behind the closed doors of our MacCready Works lab, AeroVironment will continue to overcome ‘impossible’ challenges to support the success of our customers.”

No Replies to "AeroVironment Marks 50 Years of Achieving the Impossible"