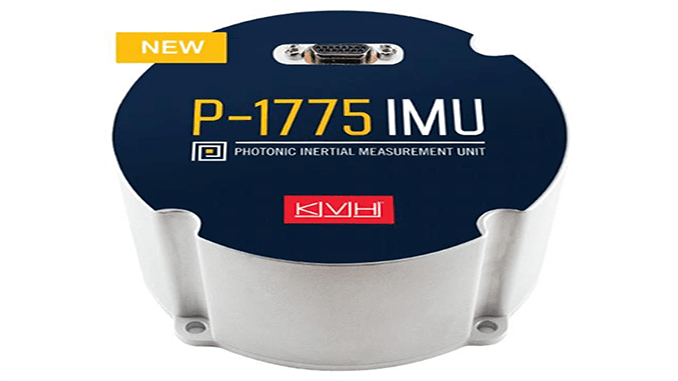 KVH Industries, Inc., announced today that the P-1775 inertial measurement unit (IMU) featuring KVH’s new PIC InsideTM photonic integrated chip (PIC) technology is now available and the first units have started shipping. KVH has been developing and testing the technology for more than three years and is now incorporating it into existing product lines. One of the first customers has integrated the P-1775 IMU with PIC Inside into their next-generation rocket launch vehicle.

“I applaud the tremendous effort by our incredible engineers in developing this groundbreaking technology and I am thrilled that we have begun to incorporate PIC Inside technology into our existing products, a process that we expect to continue throughout the year,” says Martin Kits van Heyningen, KVH CEO.

The PIC technology will be added to KVH’s inertial sensor product line for use across a broad range of applications from navigation to stabilization and pointing. KVH’s fiber optic gyros (FOGs) and FOG-based products are particularly well-suited for the large and growing autonomous market. This market includes applications on land, sea, and air, such as drones, people movers, trucks, and mining and construction equipment.

Autonomous applications rely on high quality inertial sensors to deliver an extremely accurate navigation solution, delivering the performance required in critical metrics such as angle random walk (ARW) and bias instability. Next-generation driverless cars, which require centimeter-level precision for safety, are the ideal application for KVH’s inertial products. Employing the PIC design allows for a lower cost and scalable solution due to the elimination of various fiber components and a reduction of labor.

Last year, KVH announced that it had delivered its first product prototypes containing PIC technology to leading automotive customers and presented the science behind the technology to an audience of engineers at a leading inertial sensor conference, describing the extensive development, testing, and benefits of the new technology.

KVH is a leading innovator for assured navigation and autonomous accuracy using high-performance sensors and integrated inertial systems. KVH’s widely fielded TACNAV® systems are currently in use by the U.S. Army and Marine Corps as well as many allied militaries around the world. KVH’s FOGs and FOG-based IMUs are in use today in a wide variety of applications ranging from optical, antenna, and sensor stabilization systems to mobile mapping solutions and autonomous platforms and cars.

About KVH Industries, Inc.
KVH Industries, Inc., is a global leader in mobile connectivity and inertial navigation systems, innovating to enable a mobile world. A market leader in maritime VSAT, KVH designs, manufactures, and provides connectivity and content services globally. KVH is also a premier manufacturer of high-performance sensors and integrated inertial systems for defense and commercial applications. Founded in 1982, the company is based in Middletown, RI, with research, development, and manufacturing operations in Middletown, RI, and Tinley Park, IL, and more than a dozen offices around the globe.