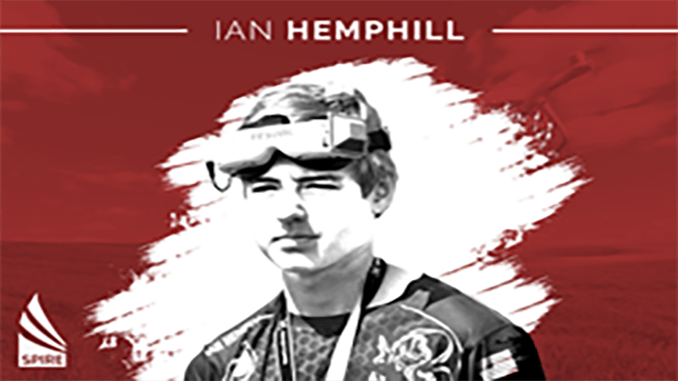 SPIRE IA (Institute and Academy) is pleased to announce the addition of Ian Hemphill, sponsored drone racing pilot, to its drone summer faculty. Ian, a student at Perkins High School in Sandusky and internationally ranked drone racing champion, is an instructor for SPIRE’s Pro Drone Racing Bootcamp this summer in Geneva, Ohio.

Seventeen-year-old Ian has been involved in the RC scene with cars, planes and boats for more than 10 years. Intrigued by drones since first grade, he built his own 3” quad at the age 13, which, he says, “pretty much got (him) hooked.”

Most passionate people experience “before and after” moments in their lives—life-changing moments that may only be memorable in retrospect. For Ian Hemphill, one of these moments was meeting Frank Costello, SPIRE’s Director of Drone Education and Founder of Safety Third Racing.

“I was 15 when I started drone racing competitively with the Cleveland Quad Squad,” says Ian, “and it was a thrill because I was winning those races pretty easily. Then Frank Costello came to our high school and I got involved with our high school’s drone league—and that was the beginning of what turned out to be an incredible adventure and learning experience for me in the world of drone racing.”

According to Ian, while he was in the high school drone program, Costello “deputized” him to become an instructor for different schools. “At that time, drone racing in schools was pretty new, so we went around to different local schools to introduce and build the programs,” explained Ian. “I was on the technical side, so my job was to lead the “teach the teacher” sessions so they could then teach their kids how to build drones. I wasn’t even 16 yet, and I was teaching instructors who were twice my age—or more.”

After finishing 46th in the world in the professional class at a qualifying event in Cleveland, Ian was invited to compete in a national drone race in Daytona Beach, Florida, in November of last year. He finished 29th in the world on the simulator in Daytona.

In February of this year, he qualified 33rd in the world on the sim and was subsequently invited to the Drone Championship League (DCL) in Cannes, France to compete against the top 200 pilots in the world. “I got to go to this international gaming festival that more than 150,000 people attended,” says Ian. “There was this huge stage set up just for the DCL tryouts, where 2 pilots would race side by side, on three separate tracks, in front of all the team managers, kind of like an NFL draft combine. I got drafted 11th overall by DMM Raiden Racing, and just signed a 3-year contract with them as a team pilot.”

While Ian is an accomplished racer, he is also an experienced drone builder. He hopes to eventually parlay his passion for drone racing and the STEM (Science, Technology, Engineering, Math) fields into the advanced study of aerospace engineering or “any field involving drones.”